The inevitable loud thinking has begun on also handing over India’s captaincy in the shorter formats to Virat Kohli after his team won the Test series in Sri Lanka.

Some unnamed cricket board officials and national selectors have been quoted in the media as saying that the transition should take place right now as Kohli should get enough time to prepare the side for the 2019 World Cup in England.

They were quick to add that Mahendra Singh Dhoni can’t be captaining four years from now when he will be 38 and so he should act as the elder statesmen in the side like Sachin Tendulkar was in his team. Yes, the changeover has to and will take place sooner than later, but not for the reasons being cited.

Suddenly the virtues of the man who led India to victory in both the 50 overs and Twenty20 and also took the team to No.1 position are replaced with a new set of requirements. For the protagonists, the job demands a captain to be dashing, daring, debonair and even oafish.

One has seen all these attributes in Virat in Sri Lanka, importantly when he publicly stated that he welcomed his leading pacer Ishant Sharma’s unacceptable behaviour in the last Test, calling it appropriate aggression required at that moment to get the best out of the bowler.

When a captain says that the incident couldn’t have been better timed for the team as an angry Ishant was at his best with ball following the incident, what does it convey?

Yes, international cricket is all cut-throat competition, not a weekend corporate match where they pinky swear not to hurt each other. Does it mean players literally going at each other’s throat, rewriting the definition of aggression in modern sport?

Aggression certainly does not mean behaving ungentlemanly and making grotesque faces on the field of play, it is no school kid pantomime. Inapt physical contact in any sport has to be discouraged, failing which the offenders must get exemplary punishment.

Mere cash fines in this era of big monetary returns from the game is nothing but a flea bite. In some cases the respective boards seem to be picking up the tabs if the performance otherwise warranted it.

The incidents during the last Test leading to the banning of Ishant and dashing Sri Lankan batsman Dinesh Chandimal for one Test for breaching the International Cricket Council (ICC) Code of Conduct and docking 50 percent of match fees of Sri Lankan fast bowler Dhammika Prasad and batsmen Lahiru Thirimane for their part in the incident have only brought disgrace to the game.

The ICC seems to be enforcing the FIFA rule of punishing provocation with a yellow card and retaliation with a red! Thus, Prasad bowling bouncers deliberately overstepping with an intention to intimidate Ishant invited the fine while the Indian fast bowler’s monkey act received one-match suspension.

The story did not end there, now the debate is whether a captain should egg on his players to indulge in aggression unbecoming of a Test cricketer. What the captain should understand is that if this so-called uninhibited aggression continues the team can suffer irreparable damage.

Ishant was on notice having already been fined 65 percent of his match fee for giving marching orders to Chandimal and Thirmanne after dismissing them in the second Test at P Sara Oval. Ishant can get even banned up to a year if he refuses to learn even after missing the first Test against South Africa at Mohali. Hasn’t the team played a bigger price as he will not be bowling on the best pitch for fast bowlers against the Proteas?

Match referee Andy Pycroft of Zimbabwean has put the incident in perspective in well chosen words: “The incidents were not good advertisement for international cricket. These experienced cricketers forgot their fundamental responsibilities of respecting their opponents as well as the umpires, and got involved in incidents which were clearly against the spirit of the game.”

It is an indictment of the players and the team managements as all the four admitted to their offences. The team director and captain were held responsible by none other than Ishant’s personal coach for the newfound hyper aggression in his ward.

Things can get heated at times and players can get bugged by poor umpiring decisions or players from the opposing camp can get under your skin. But, if the captain says he is happy with the strategy adopted in Colombo, then there is something seriously wrong with the set-up. Kohli should guard himself from falling prey to indiscretion and face a severe punishment.

As it is, captains get suspended for not meeting the stipulated over rate, now they will have to draw a clear line between misdemeanour and misconduct, too.

Kohli is quick learner and he once said that as a batsman he has learnt to be patient and that paid off. He should follow the same principle as captain. He had shown it in the field when the wickets were not easy to come by. He should only cut out these niggling aberrations.

He has realised that a captain need not be a motormouth with an opinion on everything. On return home, he swung to the other extreme and refused to answer any cricketing question in, of all places, Delhi! 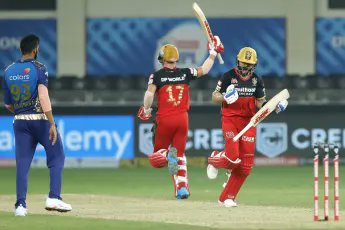