Members of British Hindu community have come together for a meeting with Gurudev Sri Sri Ravi Shankar during his recent UK visit. The meeting took place at Montcalm Hotel in London. Umbrella organisation Hindu Forum of Britain took the initiative to discuss the pressing issues facing British Hindus.

President of Hindu Forum of Britain Truptiben Patel has rendered brief opening words thanking Guruji for agreeing to allocate his valuable time and about the need and the importance of presenting a unified Hindu voice to deal with the current challenges.

Guru Sri Sri has greeted and presented shawls to the members present. His remarks included appreciation to HFB for doing a good job in voicing concerns about the plight of Hindus in Pakistan and Bangladesh and highlighted the broadminded, progressive and peaceful nature of Hindu community and how it values gender equality and freedom of worship.  He suggested that it is necessary to present a unified voice to the outside world and therefore a scholarly and effective leadership is necessary to further the Hindu cause in Britain.

On the issue of Caste Bill, Guruji has said that those who feel marginalised and ignored must be empowered and that a positive attitude is necessary. 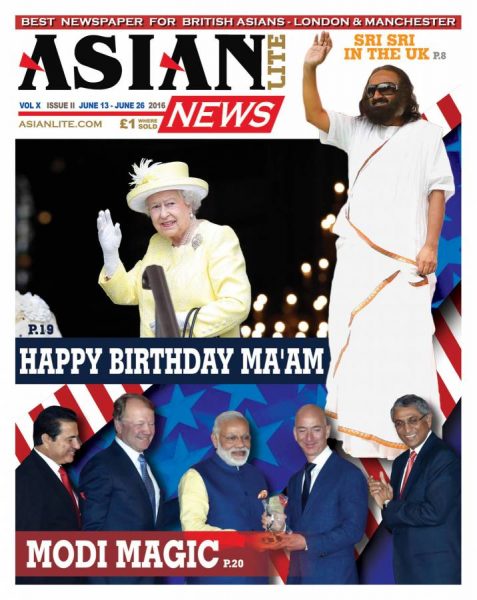