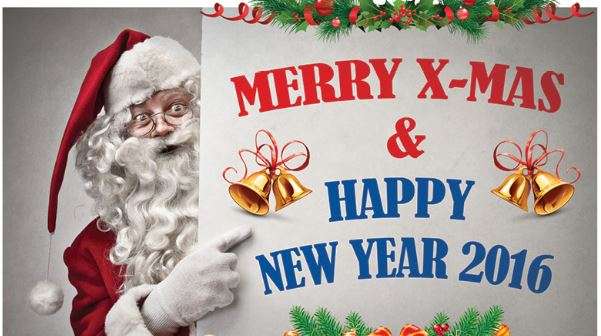 It is the world’s most well-known religious and cultural festival, celebrated worldwide – including even by those who are not adherents of the faith. Many sentiments and customs attached to it have become common worldwide – even where there is no snow, evergreen conifers to hang lights and decorations on, or a chimney for a nocturnal gift-giver to enter. But Christmas celebrations, as we know them today, are quite recent developments – and it is some 19th century authors who were responsible.

Celebrated from the third century A.D. onwards, the festival was however banned in Britain in the mid-17th century after the advent of the Puritans, led by Oliver Cromwell (the closest the country came to be being ruled by Taliban/an Ayotallah, as John O’Farell notes in his irreverent history of England). Though celebrations revived after a generation, it was not the same.

In US too, Puritans banned Christmas, and after the 13 colonies won independence, fell out of favour as a “British custom”.

So how did the idea of Christmas time as a holiday season, the home celebrations and feast, the gift-giving and exchanges, the idea of a “Christmas spirit” – exemplifying forgiveness, charity, generosity and redemption, Santa Claus and all come? Three authors – two Americans and one British – had quite a part to play.

The first was American writer Washington Irving (1783-1859), known mostly for Rip Van Winkle and The Legend of the Sleepy Hollow, but also an essayist, biographer, historian, and diplomat.

The two tales alluded to appear in his “The Sketch Book of Geoffrey Crayon, Gent.” (1820), a collection of nearly three dozen essays and short stories, of which just half a dozen relate to America.

Among the others are several about ‘Crayon’, Irving’s lightly-disguised literary alter ego, in Britain where he also attends the traditional warm-hearted Christmas celebrations.

The book, originally published in serial form in 1819-20, was immensely popular and slowly led to revival of Americans’ interest in Christmas.

It was also helped when the poem “A Visit From St. Nicholas”, by an anonymous author, was published in 1822.

Better known by its first line: “Twas the Night Before Christmas”, it sees a man, wakened by noises while his wife and children sleep on on Christmas Eve, looking out and seeing St. Nicholas’ eight reindeer-pulled flying sleigh land on his roof. Nicholas enters through the chimney with a sack of toys, and the father sees him filling the children’s Christmas stockings, and they share a conspiratorial moment before the saint bounds up the chimney again, after wishing everyone: “Happy Christmas”.

This poem helped to create a standard image of Santa Claus, including his appearance (“dress’d all in fur, from his head to his foot”, “His eyes – how they twinkled! His dimples: how merry,/His cheeks were like roses, his nose like a cherry” and “He had a broad face, and a little round belly/That shook when he laugh’d, like a bowl full of jelly”), the night he visits, his method of transportation, the number and names of his reindeer (“Now! Dasher, now! Dancer, now! Prancer and Vixen,/On! Comet, on! Cupid, on! Donder and Blitzen”); and that he brings toys to children.

The author was Clement Clarke Moore (1779-1863), a professor of oriental and Greek literature, as well as divinity and Biblical learning at a leading Protestant seminary in New York, who in 1837, acknowledged he was the author and had written it for his children.

But the author who is most closely associated with the Christmas spirit is Charles John Huffam Dickens (1812-70), who did the most to create it, especially through his novella “A Christmas Carol”, published on this day in 1843.

The story of a bitter old miser named Ebenezer Scrooge (“Bah! Humbug!”) and his transformation into a gentler, kindlier man after being visited by the ghosts of his former business partner and of Christmas Past, Present and Yet to Come, it was written in a bid to deal with his mounting debts and not only became a resounding success but made Christmas what it is today. (Read Les Standiford’s “The Man Who Invented Christmas: How Charles Dickens’s A Christmas Carol Rescued His Career and Revived Our Holiday Spirit”, 2008).

But Dickens had more writings on Christmas – “The Story of the Goblins Who Stole a Sexton” in “The Pickwick Papers”, “The Chimes”, “The Cricket on the Hearth”, “The Battle of Life” and various stories in journals “Household Words” and “A Round of Stories by the Christmas Fire”.

Now you know whom to thank when you wake up on Christmas and find your sock filled!