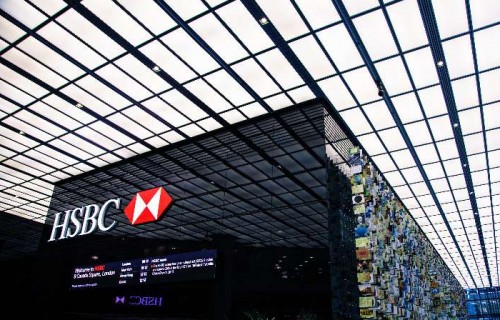 Finding Indian equities markets to be the most over-owned in Asia, HSBC Global Research has now assigned the country “underweight” status, meaning thereby that it expects the returns to be below normal in the short-to-medium term.

“In a report titled “The Flying Dutchman: India – Gravity Sets In”, the research arm of HSBC said the new status for India has been revised from “overweight” position earlier, for a host of reasons, notably slowing earnings growth and lag-effect of reforms.

“Indian equities rallied and with lack of momentum in other markets, both global and regional mutual funds built historically high overweight positions in this market by the end of 2014. This continues to be the case,” he said.

“We now challenge this position and recommend investors to underweight India.”

Among the reasons, HSBC said earnings growth expectations was coming down with no signs yet of recovery in India’s capital expenditure cycle. This apart, China’s policy push was likely to boost commodity prices that can turn negative for India.

“The issue for Indian equities is that by June, there won’t be further rate cuts to support the market. In addition, the next rate cut might not have the same impact on equities as the first (unexpected) cut some months ago,” van der Linde said.

He also expected poor monsoon showers this year to impact the market.

“Forecasting El Niño is a humbling exercise in the field of meteorology, but in 2015 El Niño conditions are firmly established. This will be negative for India’s rural, agricultural economy,” he said.

“To reflect these issues, we change our India ratings in our Asian equity scorecard. As a consequence, we lower our equity market weighting for India from overweight to underweight.”

Another factor behind the HSBC’s research arm to cut Indian equities ranking to underweight is the weakening of the rupee.

“While the INR (Indian National Rupee) remains supported by some positive features, they are not enough to prevent it from weakening against the USD,” he said.

The research firm recently increased the USD-INR year-end forecast slightly to Rs.66 per dollar from Rs.63.50

He added that the RBI (Reserve Bank of India) is still looking to increase its reserve adequacy, which is low when scaled by GDP (gross domestic product) and the accumulated amount of portfolio inflows over recent years.

“It (RBI) sees a window of opportunity, while the current account funding gap is small
and ahead of potential global headwinds from the expected tightening of monetary policy by the (US) Fed,” he added.