Hundreds of people attended the parade which started at the statue of Mahatma Gandhi near the Wales Millennium Centre and finished at Cardiff Castle with traditional Indian dancing and music and a flag raising ceremony.

The event celebrated the 71st anniversary of Indian Independence which happened on August 15th 1947 and was well attended by members of the public. The procession went on for just over an hour and finished at Cardiff Castle where there were performances of traditional Indian dance and and music performances, and a flag raising ceremony. 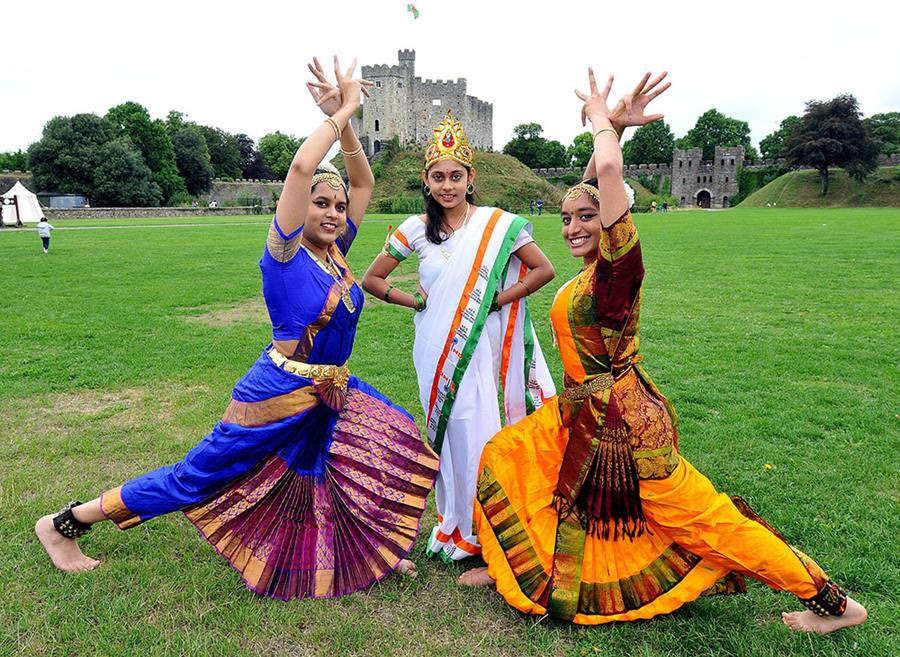 In his speech Indian diplomat Raj Aggarwal said: “Thank you all for sparing your valuable time in joining us to celebrate the success of Indian Democracy. The Indian Diaspora are happily settled in Wales. They are highly successful, hard working and integrate well with the local community and are committed to success and prosperity of Wales.”