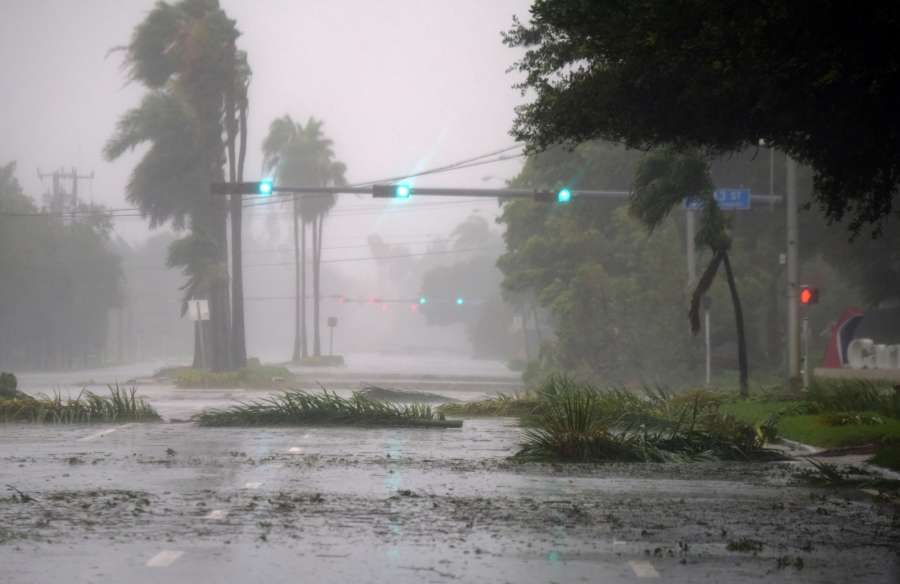 Two men and a woman were killed as the remnants of Hurricane Ophelia hit the British Isles. Thousands of homes and businesses have lost power in Northern Ireland and Wales….reports Asian Lite News

The woman and one man died in separate incidents after trees fell on their cars as hurricane-force gusts battered the island, the BBC reported.

The second man died in a chainsaw accident while attempting to remove a tree felled by the storm.

The power company Northern Ireland Electricity said 15,000 households in the province should prepare to spend the Monday night without power.

Police in Scotland said the storm has hit Dumfries and Galloway and it is forecast to continue over the region into the evening.

In Cumbria, police in Barrow closed roads around Barrow AFC’s stadium after its roof was damaged, the BBC report said.

Cumbria Police said it was dealing with “numerous incidents” related to the high winds, which reached up to 70mph in the area.

There were reports of roofs and debris on the roads and overhead cables which had come down. People have been urged to only make essential travel.

In Wales, roads and railway lines have been closed and a gust of 90mph was recorded in Aberdaron, Gwynedd.

The Welsh Ambulance service said a woman has been injured after being hit by a falling branch in Wrexham.