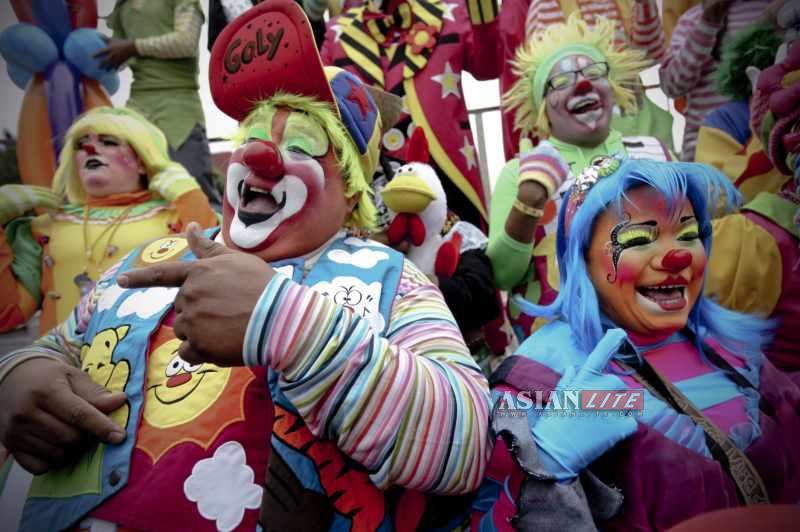 Tell you how rumours start. I was asked by an editor friend a piece on whom and what I would miss in the Gulf if I were to leave seeing as how I had completed 30 years in the country. The incisve name names piece was duly published and some copies of the magazine were sold in these parts.

Two days later I received a call from someone I know who never calls unless he’s dropping a morsel of gossip into hungry mouths like those mother birds giving their babes a worm. He says, all breathless with confidences, is it true? Is what true, I say. That you’re going, you can tell me, I won’t tell anyone. I might as well take an ad out on Times Now. He is undaunted and says, a little bird told me you’re outa here, wow, where are you going? Nowhere, I say, no clue what you are talking about.

That afternoon, a friend calls and says, you never told us, how come we have to hear about your going away from other people, we thought we were friends, it was so embarrassing having to pretend we knew when people asked us.

I am not going anywhere, I say, I am staying right here. Look, he says, you don’t want to tell us, so fine, okay, we won’t ask, we just thought that since the whole world knows, we weren’t prying, we were genuinely concerned, look at the thanks one gets. Then he slammed the phone.

My banker calls and asks me how I am. Fine, I say, just fine. About the loan, he coughs, now that you are leaving town, you’ll be paying it back soon, in one lump sum? I am not going anywhere, I say. But it is in the Indian papers. No, it’s not. Yes, it is, everyone has read it.

A stranger calls and asks, if we are selling the car. The used furniture fellow calls to say he can give us a good deal if we give it all to him. And then we go to dinner and this chap sitting there smoking up the place, he says, is this your farewell? No I say, this is not my farewell. Thought it was, he says, so where are you going? After dinner? Hah, ha, he says, where is the master-plan back home to India or elsewhere, you sneaky blighter?

Then my friend walks up and he says, will the house be going back to the landlord or is it for grabs. Another lady, sitting there gets wise knowing and says, you sure you have done the right thing, this place is buzzing, you should do a rethink.

How can I do a rethink if I haven’t thought?

The neighbours fetch up to ask if the garden table and chairs are on sale, can they have first choice.

Can I say something, I say, please, can I say something, on behalf of my wife, my kids, their kids, my sons in law, we are not going anywhere. Then, why did you write it in the papers. I didn’t write it in the papers. Yes, you did. No, I didn’t, it was a funny article, it was a funny ha ha article on what if, can’t you get that? No, you were saying goodbye to people, I read it. It was supposed to be a laugh a takeoff, I didn’t mean it.

If you didn’t mean it why did you write it?

Because writers do stupid things, I am sorry.

You are sorry, do you know we were planning a party for you, I don’t see anything funny in this.

You know, come to think of it, neither do I?