After a sell-out performance as part of Alchemy 2014, ‘Immigrant Diaries’ returns to the Southbank Centre in London on April 24 with a new line-up of guest comedians, entertainers and broadcasters sharing stories of their heritage and doing what social and political commentators always say we don’t do enough of – talking honestly about immigration. 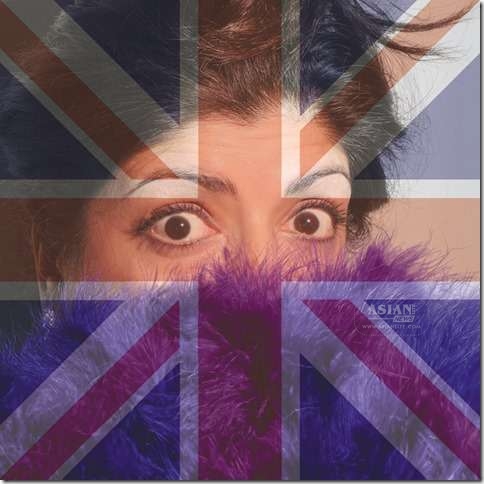 “Immigration is a hot topic for this May’s election” says host and devisor, Sajeela Kershi, “but there is often more heat than light generated when politicians debate it – Immigrant Diaries is the total opposite!”

This new edition of Immigrant Diaries, for the Changing Britain festival, features stories from the Thatcher, Major and Blair eras and celebrates the contribution immigrants have made to Britain despite the difficulties and seemingly ever-present tensions that they faced across these decades.

The participants are: broadcaster Nikki Bedi who explains how her Indian father wanted to be more British than the British and how she wanted to be more Indian than Indian; presenter Kristiane Backer whose mainstream media career was ended when she converted to Islam; comedian Dave Cohen recounting how he took on the BNP in Tower Hamlets and won; pop and rock star Aziz Ibrahim who will takes the audience on a musical journey from Lahore to Longsite, Manchester, retracing his childhood journey; comedy actor Daniel Taylor remembering how Britain’s race riots shaped his upbringing, leaving different family members with different views on authority, and comedian Inder Manocha, who describes how ‘unethnic’ he feels and the divide between him and his Indian-Iranian grandfather.

Award-winning comedian and writer Sajeela Kershi devised Immigrant Diaries and hosts the show once again, overseeing another collection of funny, poignant, ridiculous and sublime true stories of people who choose to live and work on this marvellously multicultural island. For her own story, Sajeela looks at whether multiculturalism has actually worked through the eyes of her family and their observance of two sets of rituals from two different cultures, even if they were sometimes at odds.