Immigrants are natural Conservatives who have the “guts and drive” to travel halfway across the world to create a better life, Sir John Major has said. 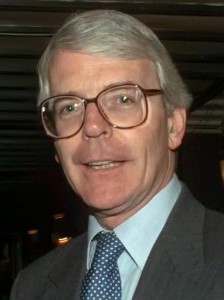 The former Prime Minister praised the immigrants he knew as a child and said when he grew up there was a “different social value” placed on people who came into Britain in the 1950s, the Telgraph said in a report quoting Major’s interview with the historian Peter Hennessy for the BBC Radio 4 programme, Reflections, which will be broadcast tomorrow.
Not all immigrants in his experience came to Britain “to benefit from our social security system”, he said.
“His comments come amid high profile efforts by David Cameron to crackdown on numbers of immigrants after the Government has repeatedly missed an ambitious target to bring immigration down to the “tens of thousands”, the report said.
Cameron has said Britain’s immigration system must put “Britain first” and ensure that the UK is “a country that is not a soft touch”.
Sir John said: “There was a different social value placed on immigration. I saw immigration at very close quarters in the 1950s.
“They shared my house. They were my neighbours. I played with them as boys. I didn’t see people who had come here just to benefit from our social system. I saw people with guts and the drive to travel halfway across the world in many cases to better themselves and their families.
“And I think that is a very Conservative instinct.”
“Baroness Warsi, who resigned from the Foreign Office last week, has since said that the Conservatives will struggle to win an overall majority at the election because the party has failed to convince non-white, ethnic minority voters,” the rport said.
In Cameron’s latest intervention on immigration last month, which was seen as an attempt to woo back Conservative voters who have defected to Ukip, he said: “We changed the rules so that no one can come to this country and expect to get out-of-work benefits immediately; they must wait at least three months.”
In the programme, Sir John also admits that he knew as early as 1992 that he would not win the 1997 general election, adds the report
“The day after the 1992 general election, Chris Patten (the Conservative chairman) and I sat in the White Room at Number 10. Chris had lost his seat at Bath. And we agreed that in winning a fourth successive term, we had stretched the democratic elastic as far as it would go, and unless Labour collapsed, we would have little chance of winning the next election.
“I was reinforced in that view by the impact of Black Wednesday. In one sense it was liberating. It meant I could go and do, as Sarah Hogg (his Policy Unit head), for one, repeatedly said to me, you can do what you think is right.
“You don’t have to politically trim. You can do what you think is right and economically we did.”