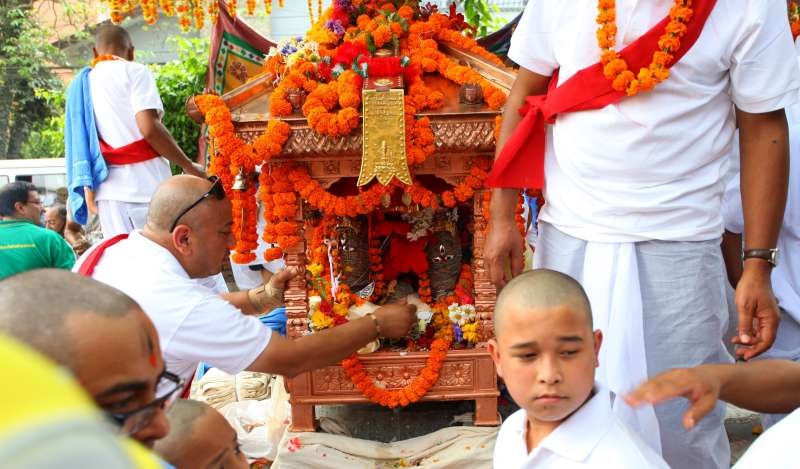 Nepal on Sunday objected to a reference made to the Himalayan nation in a joint statement between India and Britain, saying the constitution making was purely an “internal affair” and the country was capable of handling its internal affairs.
In an official release issued on Sunday, the foreign affairs ministry said the Nepalese government’s attention was drawn to the reference made in the recent joint statement released during Indian Prime Minister Narendra Modi’s visit to Britain.

“Nepal has been able to promulgate a new democratic and inclusive constitution through an elected Constituent Assembly after a rigorous democratic exercise of about eight years,” Xinhua quoted the release as saying.

The ministry said the promulgation of the constitution marked the conclusion of the nationally-driven peace process initiated in 2006 and also institutionalized significant democratic gains and aspirations of the people.

“Nepal respects the international community’s support and goodwill for peace, stability and prosperity. However, Nepal strongly views that constitution making is an internal matter of a country and Nepal is capable of handling its internal affairs on its own,” the statement said.

After the meeting between Modi and British Prime Minister David Cameron on November 12, the joint statement said: “The two prime ministers stressed the importance of a lasting and inclusive constitutional settlement in Nepal that will address the remaining areas of concern and promote political stability and economic growth.”

An official at Nepal’s foreign affairs ministry told Xinhua: “Nepal adopted a new constitution as a sovereign country and we believe that no other countries should dictate to us on the content of the new constitution. We can’t tolerate external intervention of any foreign countries in our domestic affairs.