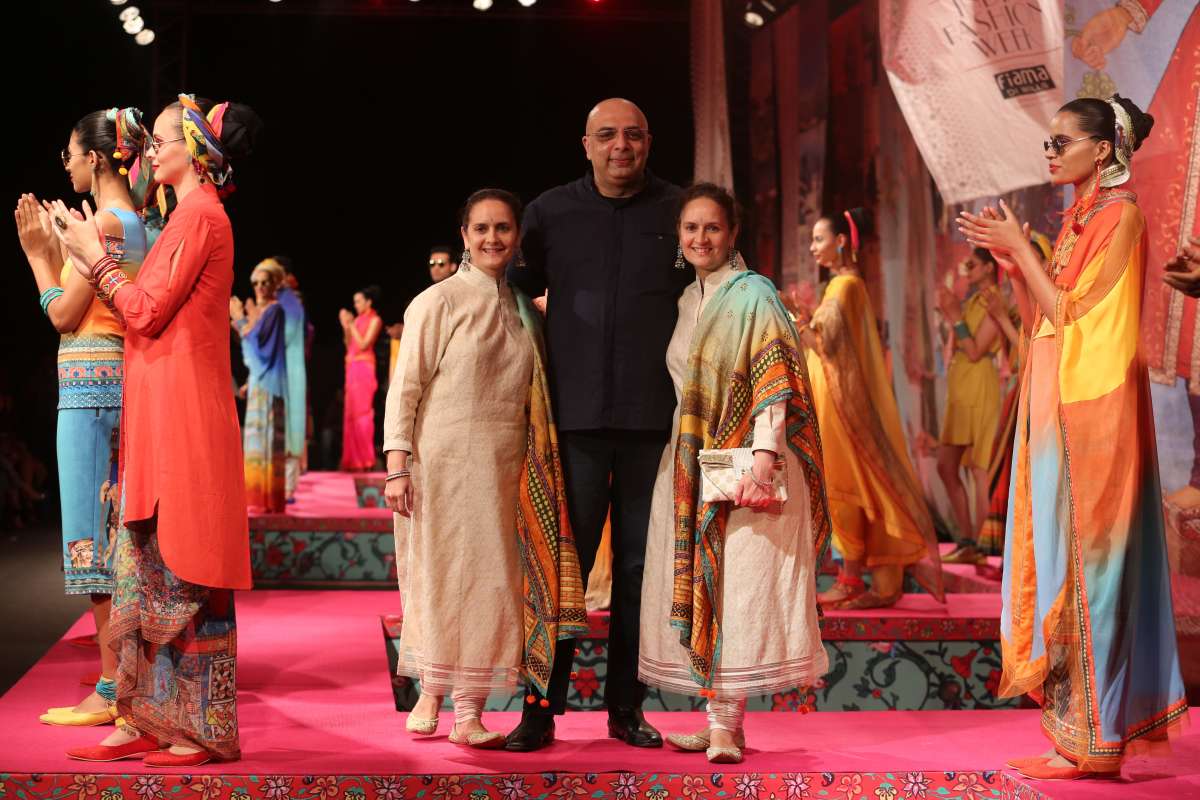 A new exhibition Indian Encounters will open at the National Museum of Scotland showcasing a newly commissioned painting Casualty of War, by renowned contemporary British artists The Singh Twins.

Alongside the commission, beautifully crafted 19th century jewellery and intricate Indian miniature style paintings from the 18th century, which once represented the wealth and status of their owners Maharaja Duleep Singh and Captain Archibald Swinton, will be displayed.

Indian Encounters explores British-Indian relations through the lives of these two men who had very different experiences of British rule in India.

The Scot, Archibald Swinton, served in the East India Company’s army at the beginning of its military expansion. During his time in Bengal, Swinton collected paintings that feature some of the Mughal rulers and court officials with whom he came into contact, and document significant events he had experienced. Painted in the traditional Indian miniature style, which is renowned for its beauty, finesse and highly detailed representations, these paintings have been executed meticulously with delicate brushwork.

Visitors to Indian Encounters will see a selection of Swinton’s collection of miniatures, including a painting in Mughal style, which shows probably the Emperor Shah Alam II hunting. Several paintings by Murshidabad artists also contextualise the period, featuring court scenes, a royal procession on horseback and evening entertainment with music and dance.

The Singh Twins are contemporary British artists of international standing whose award winning paintings have been acknowledged as constituting a unique genre in British Art and for initiating a new movement in the revival of the Indian miniature tradition within modern art practice. Describing their work as ‘Past – Modern’ (as opposed to Post Modern), their work engages with important areas of critical debate – challenging existing stereotypes and redefining generally accepted, narrow perceptions of heritage and identity in art and society.

Combining elements from western and eastern aesthetics they assert the value of traditional and non-European art forms to the continuing development of contemporary art practice – exploring cultural, social and political issues of global significance within a highly decorative, often witty and symbolic style which has universal appeal and transcends cultural barriers. Their contribution to the arts on an international platform was officially recognized by their home city in UK, when they were made Honorary Citizens of Liverpool in 2009. Their work also received formal recognition at the highest level of the British establishment in 2011, when they were each awarded an MBE in the Queen’s Birthday Honours List, for services to the Indian miniature tradition of painting within contemporary art.

Duleep Singh became the first resident Sikh in Britain after he, at the young age of 10, had to surrender the Sikh Punjab and all his treasures to the East India Company. He was appointed a guardian, Sir John Login an Orcadian from Stromness. Login was also responsible for compiling all Duleep Singh’s jewellery after the annexation of the Punjab by the East India Company. During his exile in Britain, Duleep Singh was a favourite of Queen Victoria who often invited him to Buckingham Palace when he was a young man and later became the godmother to several of his children. For a time he lived in Scotland where he became affectionately known as the Black Prince of Perthshire.

The exhibition will display treasures and jewellery once worn by Duleep Singh, including a bracelet made from enamel and gold which is detailed with a dragon’s head set in emeralds, diamonds and rubies, and a gold and crystal breast ornament with rubies and emeralds set around a miniature painting of a Hindu goddess riding a lion.

Duleep Singh’s jewellery and personal belongings have been reinterpreted by The Singh Twins in Casualty of War, a painting commissioned by National Museums Scotland, with financial support from British Council Scotland. The Singh Twins are widely considered initiators of a new movement in the revival of the Indian miniature tradition within modern art. Casualty of War features intricately decorated bottles and pendants set with precious stones from the collection alongside buildings and objects that depict the life of Duleep Singh.

Friederike Voigt, Senior Curator, Middle East and South Asia at National Museums Scotland, said: “Indian Encounters shows a great variety of objects which were chosen for their historical significance. It has been fascinating to uncover the personal stories behind them and what they tell us about the life of their previous owners. This exhibition reinterprets the importance and meaning of these objects today.

“As a result of their study of our collections, and as a reflection on their own Sikh heritage, The Singh Twins have created a fantastic multilayered work in the miniature painting style for which they are so well-known. The painting reassesses Duleep Singh’s role in British-Indian relations, giving a new perspective to these personal possessions.”

The Singh Twins said:  “The Maharaja Duleep Singh portrait commission has given us the opportunity to further explore our personal interest in the life and times of a man who is not only significant to shared Indo-Scottish, as well as wider British history but whose tragic story continues to hold fascination for both Sikhs and non-Sikhs alike. Although we have worked with National Museums Scotland before, it’s been a special privilege and pleasure to be able to create an artwork which has afforded us access to precious objects from their collections, pertaining to Duleep Singh, and which will be a highlight of the Indian Encounters exhibition.”