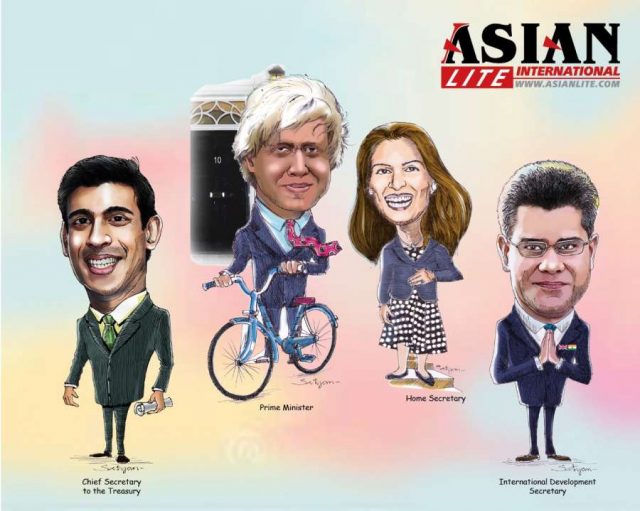 The promotion of Rishi Sunak as Chancellor of Exchequer, the second important post in the cabinet, makes Indian-origin ministers in key positions in the newly formed Boris Johnson cabinet. The other ministers are Home Secretary Priti Patel and Business Secretary Alok Sharma.

Sunak, 39, who is married to Akshata, the daughter of Infosys co-founder N.R. Narayana Murthy, was Chief Secretary to the Treasury since July 2019. His appointment comes merely four weeks before the Budget is due to be presented, the BBC reported.

Those out in the reshuffle are Northern Ireland Secretary Julian Smith, Business Secretary Andrea Leadsom, Housing Minister Esther McVey and Environment Secretary Theresa Villiers while Attorney General Geoffrey Cox has been asked to resign, it said.

An analyst with Goldman Sachs before joining politics in 2014, Sunak, whose grandparents were from Punjab and emigrated to the UK from east Africa, is MP from Richmond (Yorkshire). He was Parliamentary Under-Secretary of State for Local Government in the Theresa May government.

Pakistani-descent Javid, who became the first Asian to become a Cabinet Minister when he was made Secretary of State of culture, Media and Sports in the David Cameron government in 2014 after stints as Economic Secretary to the Treasury (2012-13) and Financial Secretary (2013-14), was earlier the Home Secretary in the the Theresa May government.

He had then cleared absconding businessman Vijay Mallya’s extradition to India in February last year following the decision by the Westminister Magistrates Court in December 2018.

Javid, who ran for Conservative Party leadership after May quit but lost to Boris Johnson, was made Chancellor by the later. In the reshuffle on Thursday, he was offered to retain the post if he fired all his advisors but declined, the BBC reported.

“The Chancellor said no self-respecting minister would accept those terms,” it quoted a source close to Javid as saying.