Home News American News INDIAN TV: Lessons to learn from the past
Advertisements

English retro shows like “Full House”, “Hart to Hart” and “The X-Files” are returning to the small screen in a new avatar in the West — but this seems to be one trend finding few takers in Indian showbiz. While actors hope classic Hindi dramas like “Buniyaad” and “Yeh Jo Hai Zindagi” can be revisited, producers say it could be a risk.

Rooting for the 1980s hit TV series “Buniyaad”, which dealt with the partition of India in 1947 and its aftermath, “Balika Vadhu” fame actress Neha Marda said: “I would like to be a part of shows like ‘Buniyaad’. It is one story that I have been hearing a lot about and grew up watching. So did my mom and others.”

“There were many … like ‘Buniyaad’, ‘Khandaan’ and ‘Idhar Udhar’ … there are a lot of fantastic TV shows that India has made. ‘Yeh Jo Hai Zindagi’ too… It dealt with day-to-day problems in a light-hearted manner and had tremendously talented actors like Swaroop Sampath and Farida Jalal,” she said.

However, producers, in general, find it a risk to remake an old show.

“Producers come up with four to five concepts and pitch to the channels. So, it depends on the channel whether they want to do remakes or not… as a producer, it is risky to recreate the shows of the 1980s and 1990s as the audience has changed. 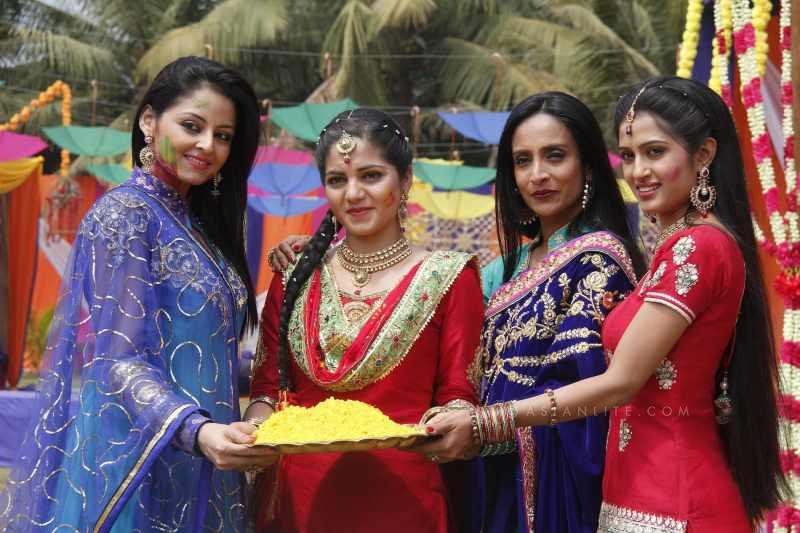 “No one wants to see that kind of emotion. Now, it is mostly about kitchen politics,” Sunjoy Waddhwa, chief managing director, Sphereorigins that produces “Balika Vadhu” — a show that raises concerns about societal issues like child marriage, domestic abuse, marital rape and even remarriage — said.

While most actors whom IANS contacted wanted popular fiction shows to return to the small screen, Digangana Suryavanshi, known for playing Veera in “Ek Veer Ki Ardaas…Veera”, also wants to act in the remake of the historical television drama “Mahabharat”.

“When it was made at that time, there was a lot of passion and it was very realistic. If you make ‘Mahabharat’ now, the actors will look too modernised. They will look like they are not part of that time.

“Playing a historical character in a show made authentically would interest me as an actor because in your regular life, you don’t get to be that and then ‘Mahabharat’ is like a chapter. It’s going to be a finite series,” she said.

But popular actor Ronit Roy wonders whether remakes of shows — be it fiction or of the mythological and historical genre – will work.

“India needs fresh ideas on TV rather than what we have already seen. All the shows that are hit or any track that’s a hit in a show, in a month’s time you get to see in another show. All the ideas have been played over and over again on Indian TV. Hence, Indian TV needs newer concepts rather than remakes,” said the ‘Itna Karo Na Mujhe Pyaar” actor.

But one gets to see adaptations of US shows like “24”, “Everybody Loves Raymond” and “The Middle” in India.

And actor-comedian Gaurav Gera, who rose to fame with “Jassi Jaissi Koi Nahin” — Indian adaptation of the American show “Ugly Betty”, is also supportive of the remake of the “iconic” show.

Does this mean the audiences want to see only Hindi versions of English shows?

Mautik Tolia, head of Bodhi Tree Multimedia Pvt Ltd, currently producing “Tedi Medi Family”, Indian adaptation of “The Middle”, concurred observing that what is shown in the American show is similar to what urban Indians are going through. Hence, people are able to connect with them better, he said.

“The show presents regular issues like parenting difficulties with a sense of humour. As long as the characters are relatable and find the right cultural context, the show will work,” he elaborated.

About remaking Indian shows, he said: “Broadcasters own the rights of the shows. So, unless they want to do the adaptation, others can’t.”