Intel has launched its latest range of processors, codenamed Skylake, targeting everything from high-powered gaming rigs to computers the size of a USB stick and smartphones and says the first of the new PCs should be on sale late this year…reports Asian Lite News. 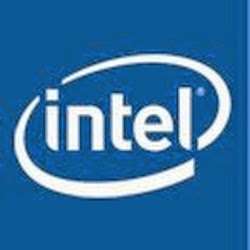 The “sixth generation” Core family promises improved performance, battery life and graphics-power thanks to a new micro architecture. The chips have also been optimised to handle 4K videos better.

But the US company may find it hard to convince users they need new devices.

Microsoft is offering its latest operating system – Windows 10 – as a free upgrade to consumers.

In the past, many households bought new PCs when they wanted to upgrade the operating systems, but they might not do so this time round. Even so, Intel noted that there are more than 500 million computers in use that are four years old or older.

And one analyst agreed that Skylake presents the firm with new opportunities.

“A pretty large number of people who have an older PC and who will upgrade to Windows 10 will do so on a new computer,” tech industry analyst Jack Gold explained, says BBC News.

“The biggest thing that’s going to be attractive will be the fact that power-requirements have gone down quite substantially.

“That will allow new form-factors – thinner, lighter, smaller devices that don’t need a fan. And the less power you draw the more likely you’ll get 10 to 12 hours of life without adding a lot of extra weight in batteries.”

“Versus the fifth generation core, you’re talking about a 60% active-power reduction and at the same time a 60% performance increase,” Intel executive Gregory Bryant told the BBC ahead of the event.

Over the coming months, Intel says it plans to release about 50 different variants of Skylake processors.

However, it has indicated that manufacturers should promote their new computers by talking about add-on facilities rather than relying on the chips’ new specs.