The NDA government is all set to request Interpol to issue a red-corner notice against former IPL chief Lalit Modi who is wanted for financial irregularities, it was reliably learnt…reporst Asian Lite News. 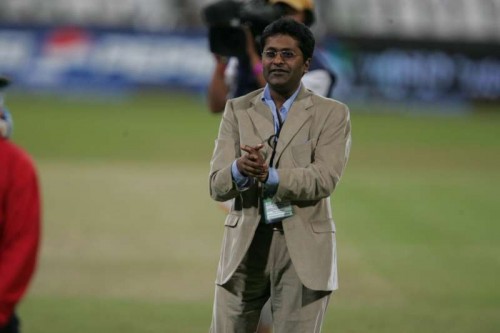 The decision was taken at a meeting on Friday between Prime Minister Narendra Modi and Finance Minister Arun Jaitley, said informed sources.

The government has also decided to continue backing Rajasthan Chief Minister Vasundhara Raje despite the pressure from the Congress for her resignation for helping Lalit Modi with his residency application in Britain. The BJP leadership has already decided to back External Affairs Minister Sushma Swaraj whose resignation is being demanded over her help in getting British travel documents to Lalit Modi.

Jaitley, in his meetings with the prime minister and BJP president, discussed the party’s strategy in view of the opposition’s unrelenting attack on Raje. A party source said that a strategy was chalked out to tighten the grip on Lalit Modi in the cases faced by him as the controversy has continued to embarrass the BJP.

The option of approaching the Supreme Court to revoke Lalit Modi’s passport was also explored in this meeting. “The root of all these problems is Lalit Modi and if the government succeeds in bringing him back to India, it will achieve what UPA could not during its regime,” the BJP leader said.

In an hour-long meeting, Singh is learnt to have informed Joshi and Gopal about Raje’s admission on testifying for Lalit Modi’s immigration application document.

Saudan Singh, who is also the organisational in-charge of Rajasthan, had met Raje in Jaipur on Wednesday after Congress released the purported document.

It was only after the meetings held Friday that BJP Rajasthan unit came forward and strongly defended Raje while also accepting for the first time that she had indeed signed on the documents, but state BJP chief Ashok Parnami and state minister Rajendra Rathore said the document was signed when Lalit Modi had not been declared a fugitive.