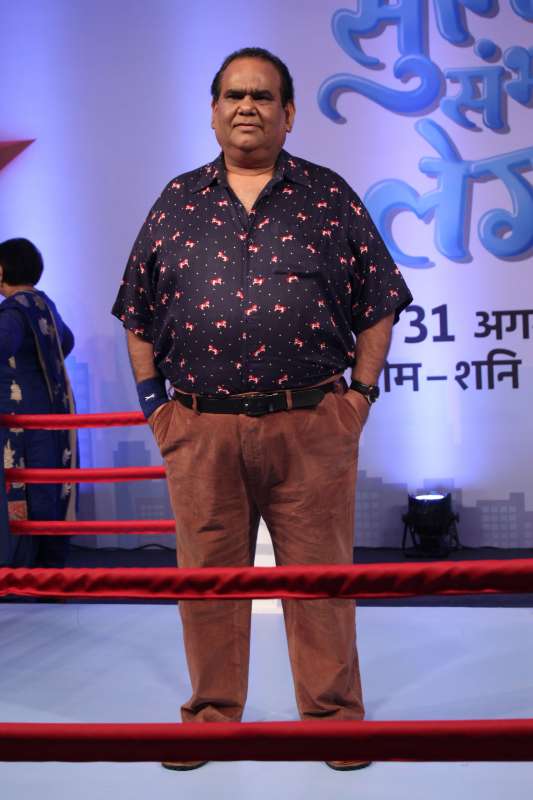 He got a taste of the working style in foreign filmdom when he featured in British film “Brick Lane” in 2007. While Bollywood actor-filmmaker Satish Kaushik believes the level of professionalism abroad is impeccable, he feels Indian cinema is walking the path slowly and steadily.

“The west is impeccable when it comes to professionalism for sure, but Bollywood too is adapting the trait,” Satish, who will be seen in “Sumit Sambhal Lega”, an Indian adaptation of American TV show “Everybody Loves Raymond”, said Mr Kaushik.

“I am happy that things are improving in our industry… the professional attitude is coming out in terms of shooting and planning,” added the actor, who has essayed memorable roles like Calendar of “Mr. India” and Pappu Pager of “Hum Kisi Se Kum Nahin”.

Having worn a director’s hat for “Roop Ki Rani Choron Ka Raja” and “Tere Naam”, having been in the producer’s shoes with “Darna Zaroori Hai”, and having acted in several movies, Satish shared that research and rehearsals are now stressed upon in the movie and TV industry here.

“The kind of research, reading, rehearsals and the discussions which go into the movies before shooting the film, is very interesting. You take your time, do a lot of rehearsals… you don’t have to hurry up. The best thing is the level of professionalism for sure… even in ‘Sumit Sambhal Lega’, we underwent the same treatment,” he added.

In fact, it is because Satish found the team of “Sumit Sambhal Lega” “very professional” that he took on a role in the Star Plus show, which will go on air on August 31.

“I also found the show interesting. Firstly, it is based on an English show which was already very popular. Secondly, Star Plus is a popular channel, and (thirdly), because it is an official adaptation.

“The American writers of the show also came here, did workshops and rehearsals with us and the whole show has been shot before it comes on air. That allows you to do more concentrated work… which is why I accepted the show,” he said.

Whether it is films or TV shows in the fiction and reality space — adaptations have become a trend. Satish says it’s valid and “good”.

“The shows that are adapted have stories which are universally understood… thus they have more possibility of working here. For example, “24”… its adaptation worked here,” he said, referring to the Anil Kapoor show, which became a success in India.