A propaganda war is escalating across the social media between members of the ISIS and a growing number of its opponents, who are publicly countering the terrorist organisation through a successful #NO2ISIS campaign, The Muslim News from London reported. 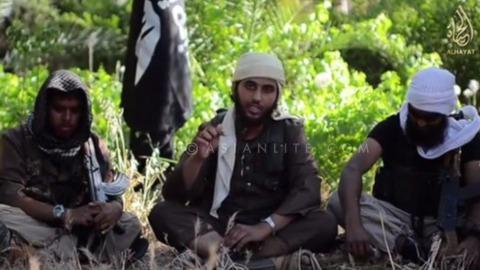 ISIS, formally an insular group, based in Syria and now Iraq, is now using the social media to create a global platform and have instigated a viral recruitment strategy or ‘one billion campaign’ for an Islamist state. ISIS is employing online platforms such as Facebook Twitter, YouTube and Instagram to recruit new members, promote their terrorist activity via a live stream updates and instil fear amongst Iraqi citizens.

The sophisticated infiltration of online platforms, by ISIS members and its supporters, is an attempt to carry out ISIS’s long-term aims, as described in their annual report: to eclipse Al Qa’ida, achieve global support and secure funding.

The #NO2ISIS campaign has been created as a direct response to this online terrorist strategy.

Director of Ahlul Bayt TV, Amir Taki, and analyst and researcher on Iraq, Sajad Jiyad, initiated the spread of the hashtag #NO2ISIS across online platforms, on Tuesday June 17. This hashtag reached instant virality, with over 100,000 shares in under 4 days and has led to the co-ordination of Anti-ISIS activity across the globe, from a protest outside of the White House, to a demonstration outside the BBC headquarters in London and a demonstration outside Australia’s Parliament in Melbourne.

Global participants of the #NO2ISIS Campaign are showing their support online, via Instagram, with #NO2ISIS Selfies, with YouTube videos and across Twitter, with the creation of other connective hashtags including #iraqisunitedagainstterror, #yestoiraq, #PrayforIraq and #stop_terror_on_twitter.

Sajad Jiyad told The Muslim News that the aim of the #NO2ISIS hashtag is to “Unite all groups against a particular enemy and prevent the danger of their spread and influence”.

The campaign is capitalizing on the sharing potential of social media to provide a more accurate and alternative account of the Iraqi conflict than that of the mainstream media: “We are countering the mainstream propaganda’s message that this is a sectarian conflict. We want to make it clear that this is not a struggle of Sunnis versus Shias, the Iraqi public are all united together against the extreme organisation, ISIS,” Jiyad said.

One of the most retweeted messages of the campaign, “This is not a Shia-Sunni War…#NO2ISIS” can be found on a twitter account attributed to Iran’s Ayatullah Seyed Ali Khamenei.

The #NO2ISIS campaign is competing against the numerous Twitter, Facebook, Instagram and YouTube accounts that individual ISIS members are constantly updating with details of operations, including the number of bombings, suicide missions and assassinations at the hands of the organisation.

A large number of pro-ISIS tweets originate in Saudi Arabia, Kuwait and other Gulf countries, from where much of the funding is allegedly sourced.

ISIS supporters have gone one step further in sending direct messages to Muslims living in the West, via Twitter and by using the trending twitter hashtags include #Baghdad_is_liberated and #Iraq_is_ liberated and #AllEyesOnISIS, to connect followers.

The Twitter accounts @alfurqan2013 and @hashtag_isis are among those that post pictures of ISIS torturing and executing prisoners and other highly graphic images. Photoshop is used to enhance violent images.

In an attempt to draw further attention to the campaign and gather support, many ISIS supporters are attaching world cup related hashtags to these tweets, such as #Brazil2014 and #ENG.

The overall sophisticated approach of the ISIS viral recruitment strategy confirms a 2012 study by Gabriel Weiman, from the University of Haifa, which found that nearly 90% of organised terrorism on the internet now takes place via social media.

The ISIS mini-films mark a strong contrast from the amateurish quality of videos produced Al-Qa’ida in the early 2000s, which were shot from remote locations, with care given to protect the anonymity of participants. In contrast, British ISIS fighters in the ISIS mini-films have made little or no effort to conceal their identities.

Following restricted access to conventional social media platforms in Iraq, online campaigners on both sides are increasingly turning to Whisper, a mobile application that allows members to post anonymous messages. Whisper usage in Iran has more than doubled, since June 12.