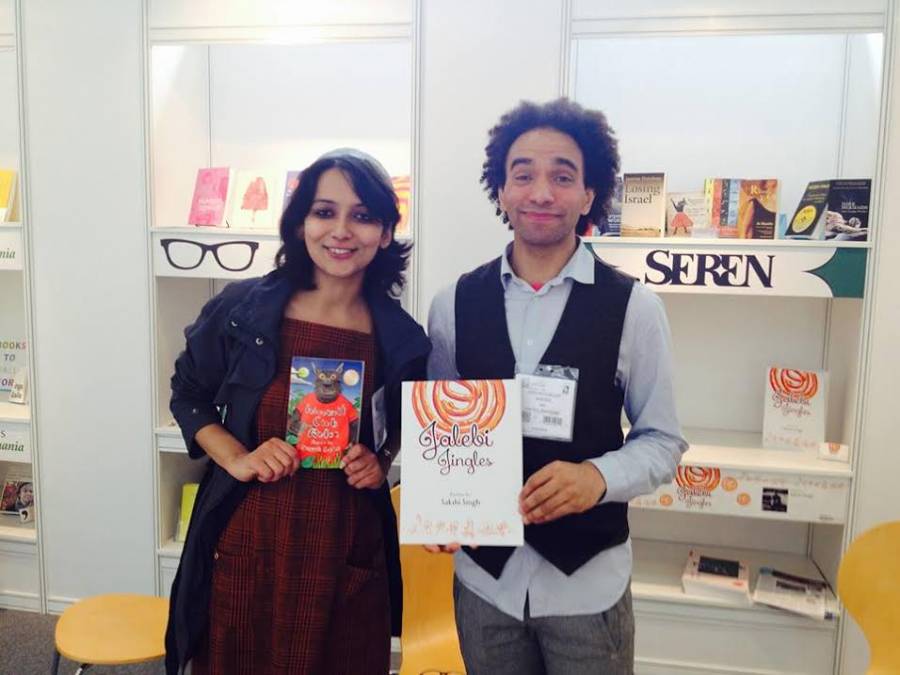 “I am told Jalebi Jingles is tugging at people’s heart strings. I hope to give everyone an Indian song to sing!” . . . . told Sakshi Singh author of Jalebi Jingles to Subhadrika Sen from Asian Lite 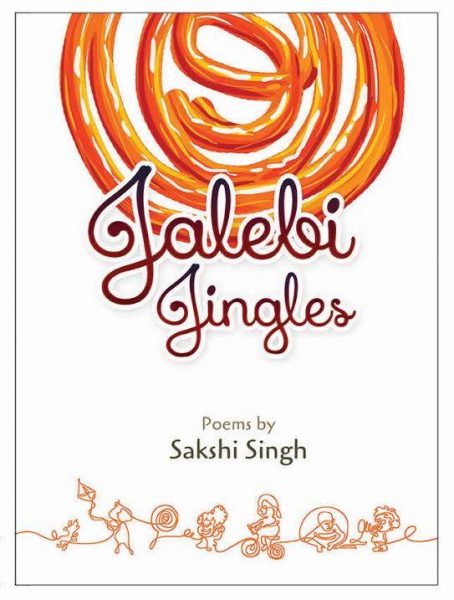 Sakshi Singh’s second book- a book of poems called Jalebi Jingles has already made quite a mark for itself. It is credited to be the only Indian book of poems in The London Book Fair 2016. The theme of the book explores Indian traditional values and cultures in form of poems. It is a great way to introduce this age-old culture to the young generations. When asked what prompted her to explore Indian culture through poems, Sakshi replied, “I wanted my poems to reach far and wide, reach a wider audience, reach out to children not just in my own country but other places as well. Just like we are curious about British and American culture and traditions in India, children there are curious about India its colours and flavours, its traditions and treats, the curry and cuisine.” Sakshi believes that poetry is the career of culture. Being a Mumbai- based teacher herself; the best she has are words to reach the hearts of the children. Sakshi further comments, “I travel as often as I can to understand different markets and enrich myself with new experiences. Last year at a teacher’s conference I met Michael Rosen who read Rat-A-Tat and was of a similar view that there is more need for diverse cultural books in different countries. Roving Bookshop’s John Wright too had shared his views saying how more books about Indian culture are needed in the U.K.”

The poem “How to get an Indian Belly? “is very popular in the U.K. It is a poem from her first book which also revolves around Indian cultures.

Interestingly, she even sent a copy of the book to the Royal couple of Cambridge for their children. She was thanked with a personal letter from the family. She commented, “I think my reaction to their letter was priceless! I couldn’t believe it that my baby/book had a play date with the Royal kids. I am hoping they were as delighted as the letter sounded.  The letter said that the Duke and Duchess we’re thankful and that the Royal Highnesses are most grateful for taking the trouble to send them a copy of the book, Jalebi Jingles. They sent me their warmest wishes and said it was very generous of me to send them a copy. I sent a copy to them when I was in London and William and Kate were incidentally in Mumbai, my city. I thought how about my baby/book Jalebi Jingles becomes a way to introduce the Indian culture to their kids.”

Both her books, her first Rat-A-Tat Poems and Jalebi Jingles are currently available as e-books on Amazon (http://www.amazon.com/Sakshi-Singh/e/B01ASVBUEA). The hardcopy is soon to follow at Jaypore.com and would be made available to Indian and International customers. On asking her about her future endeavours, she replied, “I am working on several books poetry, fiction and non- fiction both for children and adults and I hope they will be well received, just like my first two books. I am grateful for such an overwhelming response from children, parents, schools and teachers in India as well as abroad. My first book Rat-A-Tat Poems for children is being used to teach poetry in schools in U.K”

Sakshi can be reached through her Facebook page at https://www.facebook.com/SakshiSinghAuthor