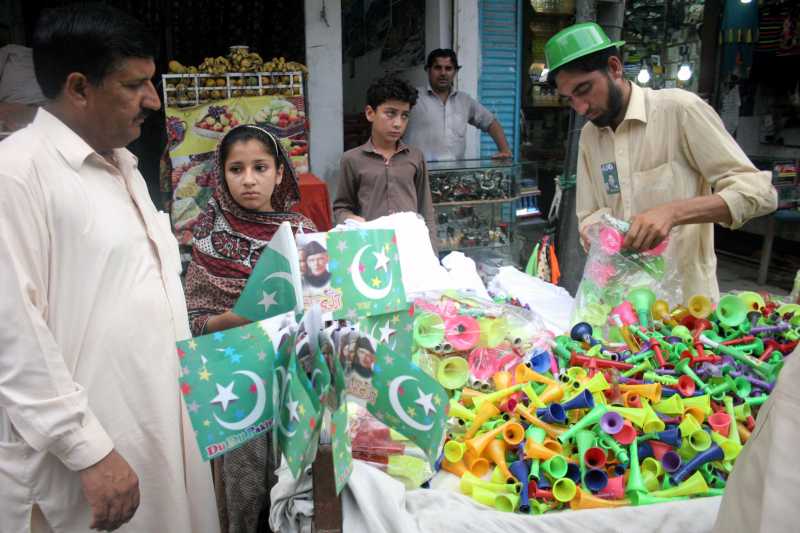 In a televised address to the nation, Pakistani Prime Minister Nawaz Sharif rejected demands for his resignation and reiterated that his government will complete five-year constitutional term. Sharif’s remarks came at a time when opposition leader Imran Khan was demanding his resignation as he claimed that last year’s elections were rigged, Xinhua reported. The announcement came just one day ahead of the protests planned by Imran Khan and influential cleric Tahirul Qadri.  The Pakistan Muslim League-Nawaz (PML-N) had won the parliamentary elections in May last year.

Khan has planned an anti-government march Aug 14 in Islamabad.  He said his supporters will not end protests unless Sharif resigns.

Meanwhile, the British High Commissioner to Pakistan, Mr. Philip Barton CMG OBE, has issued a statement marking Pakistan’s Independence Day. Mr. Barton said: “Jashan e Azaadi Mubarak!” “On behalf of the British High Commission and the United Kingdom, I would like to extend my congratulations to the people of Pakistan as they celebrate this important day.  67 years of independent life as a nation is a significant milestone.  Today Pakistan is an established and respected actor on the international stage, a testament to the Pakistani nation’s progress since independence.” “The UK remains a strong supporter of Pakistan and its peaceful, democratic and constitutional development.  The UK continues to stand alongside Pakistan’s people and institutions in their efforts to build a strong and stable democracy.”