It is not an exaggeration to conclude that without Pakistan aiding and abetting the Taliban, and al Qaeda, and several other terrorist groups, Afghanistan would have been rid of terrorist violence long ago….writes Dr Sakariya Kareem

The other day when Afghan President Ashraf Ghani, otherwise a genial, soft-spoken person, lashed out at Pakistan calling it the Taliban Centre, it was an outburst against his neighbouring Muslim country raining bombs and deaths on the hapless citizens of his country. This is not the first time Ghani has accused Pakistan of supporting terrorists but it is the most vocal and exasperated outpouring at the loss of human lives and peace following a series of bombings carried out by the Taliban, sheltered and supported by Pakistan.

On the face of it, there is nothing new in the allegations of Pakistan-supported Taliban attacking innocent civilians in Afghanistan. It is a known fact that the Taliban, a violent extremist group, has been causing bloodshed in the region since the 90s, with the active support and protection of Pakistan, especially Pakistan Army.

The US knew about it but kept quiet, hoping against hope, dismissing conventional wisdom for myopic strategic games crafted in closed board rooms in Washington, that it can use Pakistan to tame the Taliban and bring about peace and stability in Afghanistan. It was a grievously misplaced faith in their capacity and in Pakistan’s utility. In fact, there were countless reports, both from within the US military establishment and from other independent observers, about how Pakistan was the sole reason for the American failure in Afghanistan. Not only that, there was mounting evidence that Pakistan was arming and directing the Taliban and its allies like the Haqqani Network to mount attack against the very US forces which relied on Pakistan for countering the Taliban. 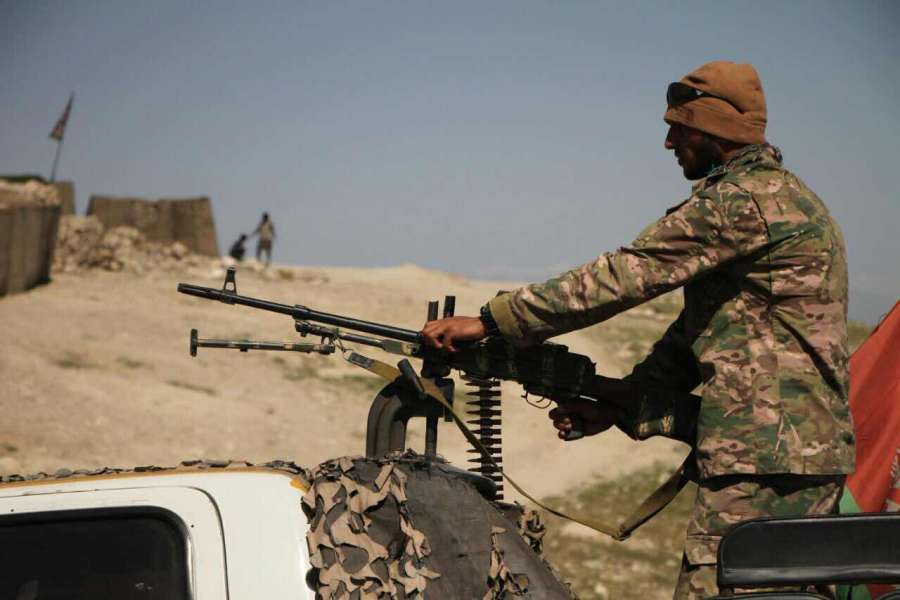 Not only was Pakistan pocketing billions of dollars for the `services` rendered to the US-led international coalition in Afghanistan, it was most probably using part of the funds to kill the US forces. It is not an exaggeration to conclude that without Pakistan aiding and abetting the Taliban, and al Qaeda, and several other terrorist groups, Afghanistan would have been rid of terrorist violence long ago.

But Pakistan has always found shelter in brazen denials and lame excuses. Every time a new evidence emerges of Pakistan’s role in terrorist attacks either in Afghanistan or in India, there comes a blanket denial. Even the media in Pakistan, which often brags about being free and independent, refuses to see sense and parrot the denials put out by the army. Even at present, when there has been a series of terrorist attacks in Afghanistan, all committed by the Taliban, and the Afghan President has roundly condemned and accused Pakistan, there is silence on the part of the media. In fact, they were quick to cover up by repeating what the state has put out—an invitation for a joint investigation!

Tt was another trick of Pakistan Army  to hoodwink the world. Whenever pressure mounts on the Generals for action, they first try all known tricks and then settle for a joint investigation. This is what they have been doing whenever there has been an attack in India carried out by one of their proxies—either JeM or LeT. After doing their best to deny any hand, they would propose a joint investigation. This `joint investigation`, India has long ago found out, is merely a time-buying exercise, another excuse to fudge the gravity of the attack and protect their terrorist proxies.

So far, Pakistan has refused to heed the international concern and demand to rein in terrorist groups sheltered within Pakistan. It is not only the Taliban which has found a ready patronage from the state, especially the army, but also various other equally dangerous groups like the Haqqanis, JeM and LeT.

The Taliban has been a favourite of the army since the Afghan Jihad days. The army, ironically with the help of the US and Saudi Arabia, created the Taliban, recruiting heavily indoctrinated candidates from the rabidly Sunni and extremist madrasas operating out of the border regions as well as Peshawar and Karachi. The Taliban was armed and trained by Pakistan Army. At the height of the Taliban regime in Afghanistan, Pakistan Army was the proxy lord of the country.

Pakistan Army, at that time, had established military outposts across Afghanistan, virtually becoming the rulers of Afghanistan. Various media reports suggested that over 28,000 Pakistanis fought alongside the Taliban; of which 20,000 were from Pakistani security forces. In essence, there were at least two Divisions of armed personnel from Pakistan in Afghanistan. The full extent of Pakistani involvement with the Taliban-ruled Afghanistan became clear only after the US jet began bombing the hideouts of al Qaeda following the 9/11 attack. As the bombs rained on al Qaeda and Taliban hideouts, Pakistani military hastily bailed out its personnel, exposing the extent of their involvement in keeping the al Qaeda-Taliban combine operational in Afghanistan.

But these are all known facts and yet the international community had turned a blind eye to the misdeeds of Pakistan till al Qaeda chief Osama bin Laden was found hiding in the Pakistan military garrison town, Abbottabad, with the active connivance of the army. It was this colossal deceit on the part of Pakistan which caught the attention of the public in general across the world, and it was the enormous public outcry against Pakistan that forced their leadership to remove their blindfolds and decide to openly scrutinise Pakistan’s activities and take the country to task.

But all that has been done so far is far too little for an incorrigibly corrupt and shameless country like Pakistan to change its behaviour. In fact, Pakistan, for all the criticisms it has been facing, has become even more bolder in supporting and sheltering terrorists as the recent spate of attacks in Afghanistan has proved. Imposing a heavy penalty as the US administration has recently decided to do could be one of the steps but not enough to force Pakistan to abandon its terrorist policies. Pakistan must be declared a terrorist-supporting state and must be sanctioned as such. There cannot be peace in the region unless the world leadership forces Pakistan to give up its Hafiz Saeeds, Azhars, Haqqanis and Taliban.