Despite good weather and pumping plenty of money, Pakistan sponsored Kashmir Black Day fizzled out without creating any noise. The Met police warned tough action if anybody tried to break the law and Lord Nazir Ahmed, who is facing trial in a rape case on Dec.2, vowed to stage a protest in front of India House as usual. But the Lord and his team were spotted near Whitehall shouting slogans…. reports Kaliph Anaz 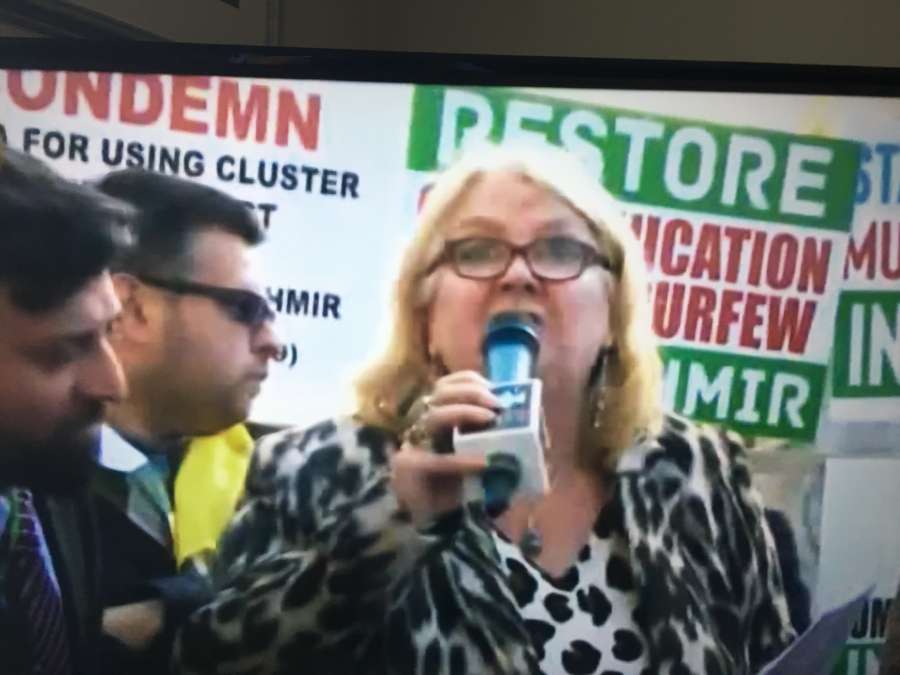 The fate of several officials at Kashmir cell at Pakistani High Commission is at stake as hardly 5,000 turn up in London to protest against India for the revocation of Article 370.

Lord Nazir Ahmed and his supporters were forced to eat their words as mounted police refused entry to any protesters to enter Strand where India House is located. Surprisingly, the very aggressive Khalistani protesters were also missing in the latest episode of Pakistan sponsored protest in London.

Asian and British media predicted an attendance in between 40K to 10K after witnessing the mammoth preparations to make the rally a success. Less than 5000 turned up. The Trafalgar Square can accommodate upto 35,000 people and the crowd created patches in the vast square.

What a waste of money and effort! About 200 free coaches were booked and the vast mosque network was employed to muster enough volunteers to fill the buses. The free lunch and the free ride failed to enthuse people. The poor attendance at Trafalgar (see the video) is an indication of people’s apathy to the Pakistani propaganda.

The protest on Diwali Day has created some uneasiness among the Indian community. But a joint effort by the Home Office, Met Police and London Mayor Sadiq Khan averted major incidents. The mayor warned tough action if anybody tried to break the law and Lord Nazir Ahmed, who is facing a trial in rape case on Dec.2, vowed to stage a protest in front of India House as usual. But the Lord, who is facing a rape trial on Dec. 2,  and his team were spotted near Whitehall shouting slogans. The police imposed tough restrictions to avoid the repetition of incidents happened during August 15 and August 15 and Sept 3. Celebrity Londoner Katie Hopkins was heckled by protesters when she was recording a video showing the lack of women in the protest.

The Metropolitan Police ordered the march and any assembly should take place between Parliament Street, Whitehall and Trafalgar Square.

So far no untoward incidents were reported and Asian Lite is waiting for an official statement from the police on the law and order situation.