If MPs vote to approve the committee’s recommendation, Mr Vaz would be subject to a recall petition which could trigger a by-election if supported by 10% of his constituents …. reports Asian Lite News

The most popular Asian politician in Britain is nearing the end of his career as the Commons Standards Committee decided to suspend him for six months.

Mr Vaz, who has been MP for Leicester East since 1987, had been due to contest his seat at the next election.

In a statement Mr Vaz’s office said: “Keith Vaz has been treated for a serious mental-health condition for the last three years as a result of the events of 27th August 2016.

The Sunday Mirror splashed the scoop when they caught Mr Vaz, nick named as Vaseline Vaz for his ability to skip away from all the controversies. The MP described himself to the two men as a washing machine salesman named Jim. Yet he told an investigation that “the purpose of his encounter with the two men was not to engage in paid-for sex, but to discuss the interior decoration of his flat”. 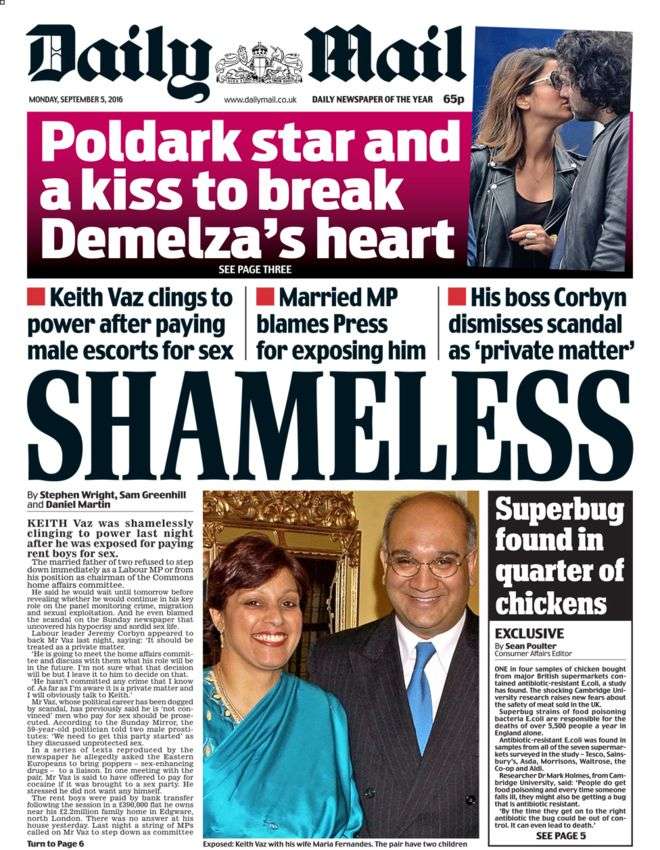 The Committee said there was “compelling evidence” the MP procured a class A drug and had paid-for sex in August 2016. It is recommending he be suspended for six months after he failed to fully co-operate in a probe and was “evasive”.

If MPs vote to approve the committee’s recommendation, Mr Vaz would be subject to a recall petition which could trigger a by-election if supported by 10% of his constituents.

The committee said there was “convincing evidence” that Mr Vaz was “evasive or unhelpful” during an investigation into his conduct by the Commons standards commissioner.

The MPs’ report said he “failed, repeatedly, to answer direct questions, gave incomplete answers and an account that was, in parts, incredible” – actions which constituted a “very serious” breach of the MPs’ code of conduct

“Mr Vaz has done his best to complicate, obfuscate and confuse the inquiry through arguments of little merit and documentation of dubious relevance,” it said.

The revelations, first reported by the Sunday Mirror, led to Mr Vaz standing down as chairman of the Home Affairs Select committee. However, the police declined to take action following an investigation.

The committee said its aim throughout was “to establish whether the rules of the House have been complied with, not to investigate Mr Vaz’s private life or to pass judgement on issues of sexual morality”.