Onam, the harvest festival of the state, is perhaps the only festival that’s celebrated irrespective of the religion one practises….reports Asian Lite News 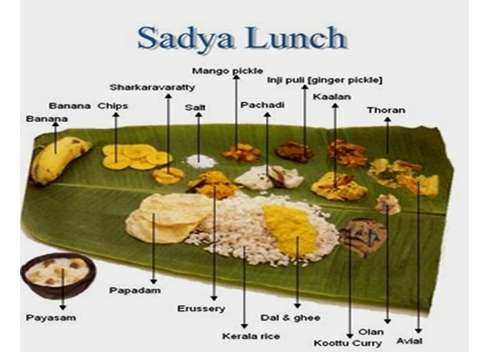 For the next few days, the mouth-watering, vegetarian, 26-dish platter “Onam Sadya” would be part of practically every Kerala household. Popularly called the harvest festival of the state, Onam is perhaps the only festival that’s celebrated irrespective of the religion one practises.

The three important days in the festival starts with first Onam which takes place on Thursday, followed by the most important day “Thiru Onam” which is on Friday and third Onam on Saturday.

On all the three days, the major meal of the day is Onam Sadya Which is consumed on a plantain leaf.

“Gone are the days when the Onam Sadya was prepared at home. Today nobody has the time or patience… caterers and hotels have come into play a lot more,” said 80-year-old retired teacher Lekhsmi Nair, whose daughter has placed an order for sadya with a caterer.

“What I am told is that one could obtain an Onam lunch ranging from Rs.199 to more than Rs.1,000 depending on the quality.”

The lunch includes chips, papads (disc-shaped food made from dough), various preparations of vegetables, a number of pickles both sweet and sour, the traditional aviyal (thick mixture of vegetables and coconut), sambar (lentils served along with a small quantity of ghee), rasam (soup), two different preparations of butter milk, a chutney powder prepared from grated coconut and not to mention payasam (pudding) eaten either straight or mixed with a small, ripe plantain.

“We are not going by the number of dishes. We are making all the major dishes. I still can’t digest the fact that an Onam Sadya has to be purchased from a hotel,” said Subadra Amma, a 70-year-old homemaker and a widow, who will be celebrating with her daughter and grandchildren.

Meanwhile, all hotels irrespective of their ratings have announced that they will be taking orders for Onam Sadya on the three important days.

“Even though we are Muslims, our daughters for the past few days are asking us about the Onam Sadya. They have got to know about it from their classmates. We have placed an order for a 5-day Onam Sadya lunch package with a hotel,” said a Muslim doctor couple.