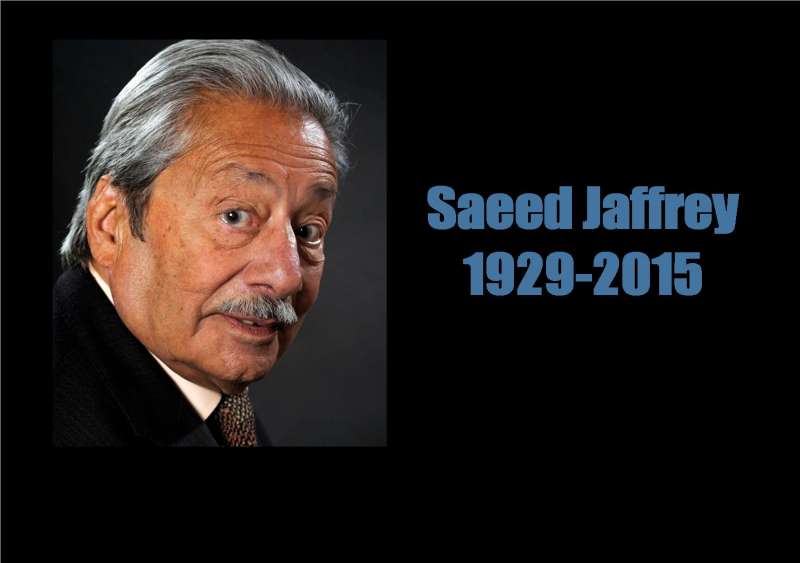 He was 86, according to his niece Shaheen Aggarwal, who shared the news on her Facebook page.  “Today, a generation of Jaffreys has passed away. Saeed Jaffrey has joined his brothers and sister and is rejoining in the lap of his Heavenly Father, enternally,” Aggarwal’s post said.

He was married to co-actress and travel writer Mehrunima (Madhur Jaffrey), but they parted ways in 1965. Together they have three daughters Meera, Zia and Sakina – who is also an actress.

Among many honours and awards, Saeed was conferred with the Order of the British Empire for his contributions to theatre, the first Indian to be so honoured.

He studied at the Royal Academy of Dramatic Art in London and gained a Fulbright scholarship in the United States, leading to a second post-graduate degree in drama from The Catholic University of America.

He also worked with actors including Sean Connery, Michael Caine and Pierce Brosnan. He starred in popular cinema directed by Satyajit Ray, James Ivory and Richard Attenborough. He was the first Indian to take Shakespearean plays on a tour to the United States.

He was also the first Asian to receive British and Canadian Academy Awards nominations, and also the first Indian to receive the Order of the British Empire (OBE) for his contributions to drama. He also served as the Radio Director (1951–1956) for All India Radio and Director of Publicity and Advertising at the Government of India Tourist Office, U.S (1958–1960).