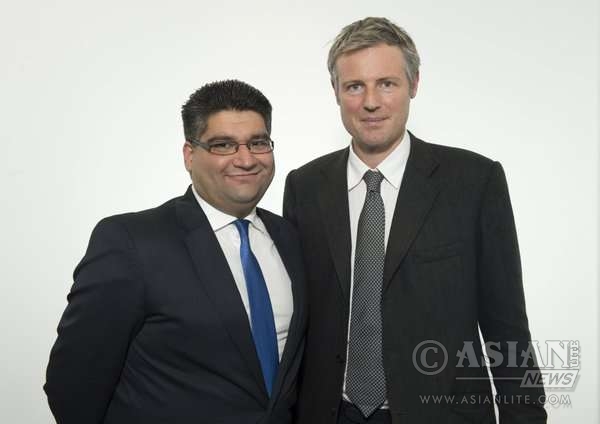 For a moment I would like you to imagine living in socialist London where Unions call the shots, where a left wing agenda permeates throughout our institutions, where politicians like Ken Livingstone will be telling us how to live our lives and where more importantly a tag team of Sadiq and Corbyn are running City Hall. The last permutation for me appears to be the scariest thought, as all of the above could be how London is governed if the dangerous duo of chaos and incompetence are let into city hall in May.

Many wonder what will happen to London after Boris and the fantastic job he has done in cementing London’s position as the greatest city on earth. Will it be left in the hands of a far left, anti-business Mayor? Or will it go to the natural successor to Boris – the man – London needs, Zac Goldsmith! I say fear not the latter will, not only build on the legacy of Boris, but shall also redefine it, Zac has the ability to shape London’s future for the better.

His commitment to small businesses in London is at the heart of the true localism he believes in. One of Goldsmith’s pledges to small businesses is that if he is elected, he will deliver super-fast broadband across London through a new partnership between TFL and private developers. This is absolutely essential, for the development of small businesses across our capital. It is said Zac’s plans would help around 400,000 small businesses, this could be quite unprecedented. He will also commit to pressuring larger firms to ensure their payment terms are fair to smaller suppliers.

One must not underestimate such pledges and Zac’s commitment to deliver on them, compared to the anti-business rhetoric we hear from both the Leader of the opposition and his Mayoral candidate. Being independantly minded Zac has a proven track record in holding the Government and the powers that may be to account. I am sure his lobbying of the national government to devolve skills funding to City Hall shall also be something he is successful at achieving, which inevitably will be beneficial to small businesses.

I have been privileged enough to accompany Zac to local businesses all over London, more recently in Willesden, Brent. Brent electorally being a Labour strong hold, was a pleasant surprise for us when we received a warm reception at local businesses for over two hours. Zac was welcomed with open arms, his innate concern for their businesses was self evident to all, whether it be in the local family run Halal Meat Butchers or the local family run Mediteranean/Turkish restaurant. He sat patiently, listening to their concerns and fears – all of which had one thing in common – the lack of support they are receiving from their local Labour run council and their anti business policies.

From parking to general neglect of their needs as small businesses, complaints about the inefficiency of their Labour run council was at the heart of the discussions.

They too were satisfied by the end of our visit that Zac is the man that can Crack London’s problems and be a strong voice for their small businesses. What is always evident for me whenever I am with Zac is his passion to want to help everyone he meets, from all socio-economic backgrounds, what also strikes me is his ability to connect to all cultures and backgrounds. Coming from an ethnic minority myself I have witnessed first hand the respect Zac has within various communities, one such is the Hindu community where he has been able to make a long lasting mark. His conviction politics and record of delivering allows him to stand above all of the other candidates, and I believe anyone who meets Zac shall experience that themselves.

The choice could not be clearer, an independent minded, competent, humble, committed personality to enter City Hall to represent the views of millions of Londoners, Or the chaotic, flip-floping Corbyn/Sadiq alternative that could forever damage London’s standing in an ever increasing Globalised world. For me the choice could not be clearer…….We must all unite to stop the prospect of an anti-business, anti-localism Mayor entering City Hall, Zac is the only man that can do it! #BackZac2016