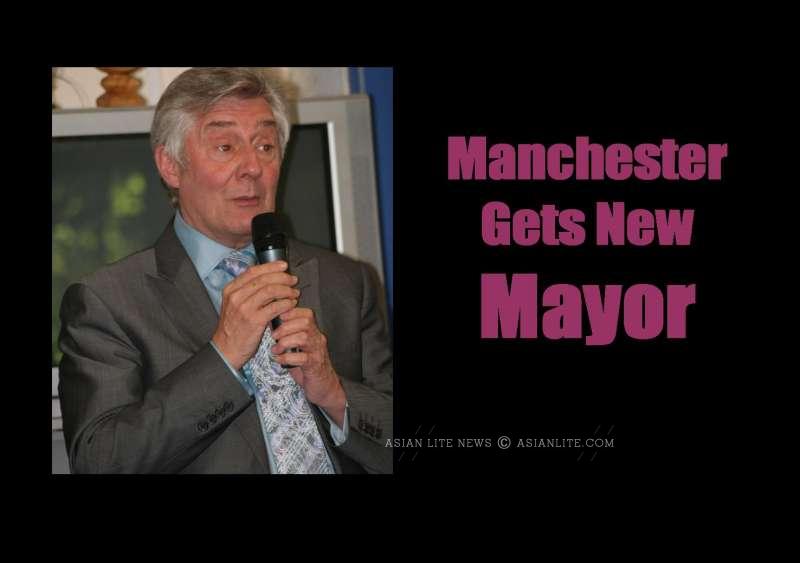 Mr Lloyd was chosen in May over Wigan Council leader Peter Smith by a panel from the area’s 10 boroughs. He will combine the job with his current responsibilities as the police and crime commissioner of Greater Manchester.

The roles will be combined formally in 2017 after an election for the region’s first directly elected mayor.

The appointment marks the latest milestone in the devolution of powers from Whitehall to Greater Manchester, with local people being given direct control over the region’s destiny and the power to shape its future.

Chancellor George Osborne announced plans for an elected mayor last year as part of a proposal to devolve more powers to northern England. The 10 councils in Greater Manchester currently control a total of £5bn of public money each year, but the devolution deal would give them an extra £2bn. In 2017, the mayor will be granted powers on transport, housing and planning. They will also oversee social care and police budgets. The new region is made up of 10 councils: Manchester, Salford, Bolton, Bury, Oldham, Rochdale, Stockport, Tameside, Trafford, Wigan with a population of about 2.7 million and covering an area of about 500 sq miles.

The new mayor promises to bring drastic changes to link the electorate and politics. Just 13.93 per cent people voted in the election which elcted Mr Lloyd as the Greater Manchester’s first crime and police commissioner.

The new mayor said: “For too long people in Greater Manchester have felt disengaged from politics and politicians. Politics is often seen as something that happens down in London with no relevance to us here. The devolution agenda changes all that. Real power is being repatriated from Whitehall to the streets of Greater Manchester. That gives everyone a stake.

“There has been criticism of this process that, so far, decisions have been taken behind closed doors and the public has been largely excluded. I understand those criticisms, which is why I want to assure the people of Greater Manchester that they must and will be involved. We are on the brink of change that is real and will be lasting. It is vital the public takes centre stage and is part of the debate.

In his new role, which will also see him chair GMCA, Tony will work with the other GMCA members to oversee the effective delivery of the Greater Manchester Strategy. The strategy sets out a vision of Greater Manchester as a place with buoyant economic growth and opportunities for job creation. It also seeks to cultivate an environment where public services work more closely with each other and key stakeholders such as the business and voluntary sectors to support greater opportunities, improved health and better neighbourhoods.

The position paves the way for the directly-elected mayor who will be chosen by the people of Greater Manchester in 2017. At that point new powers in relation to transport, housing and planning will be granted to the Mayor, working alongside the GMCA cabinet.

Tony will combine being Interim Mayor with his current role as Police and Crime Commissioner, which he was elected to in 2012. The roles will be formally combined in 2017 with the advent of the directly-elected mayor. Tony has said that he will only take one salary while performing both roles.

Stronger Together, the GMCA’s Greater Manchester Strategy, aims to make the city region financially self-sustaining by 2020 through a twin track approach of growth and reform. This involves promoting the conditions for economic growth while reforming public services to help people, especially those with complex needs, to become more independent – enabling individuals to benefit from the prosperity created while at the same time sustainably reducing the cost of public services.