Mr Griffiths quit as a minister after Sunday Mirror in an exclusive report exposed him sending 2,000 plus sex messages to a barmaid Imogen Treharne and a friend….reports Asian Lite News 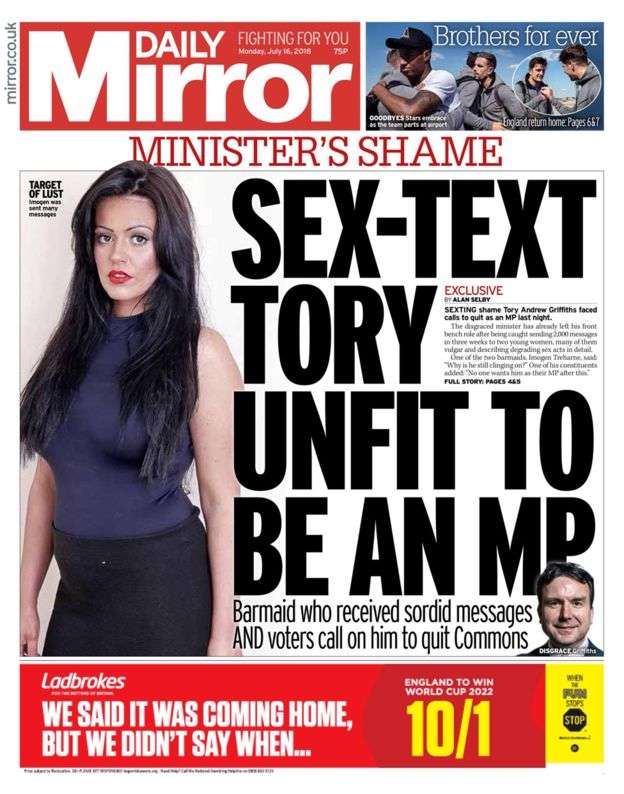 The opposition Labour Party and the victim of the sex scandal sought the resignation of disgraced Tory MP Andrew Griffiths from Parliament.

Mr Griffiths quit as a minister after Sunday Mirror in an exclusive report exposed him sending 2,000 plus sex messages to a barmaid Imogen Treharne and a friend.  The controversial MP for Burton and Uttoxeter in Staffordshire sent a second grovelling apology to constituents.

“Judge me on my actions and achievements during eight years as MP rather than a few moments of stupidity,” the former minister wrote in the apology.

“He’s resigned as a minister, but not as an MP. Why,?” asked Imogen, in an interview with the Daily Mirror. “He’s accepted what he did was wrong, so why is he still clinging on? The only people he hasn’t apologised to is us. Where’s our apology?

“It just confirms that he still just sees us as pieces of meat. He’s just saying sorry to the people affecting his future – not the people he’s actually been affecting.”

Mr Griffiths, a former chairperson of All Party Parliamentary Group on Kashmir, is a staunch supporter of anti-India activities in Britain. He has attended many events in and outside of Parliament deriding India.

Paul Walker, chairman of the Burton and Uttoxeter Labour party, said Griffiths had no option but to quit the seat.

“Our thoughts are with the MP’s wife and his young daughter at this very difficult time for them,” Mr Walker said in a statement. “We find it so disgusting that anyone can treat women in such an abhorrent way and I am sure the people of Burton and Uttoxeter will form their own judgment on his actions.
“The MP has continuously let Burton and Uttoxeter down over the past eight years. Under his watch we have already lost the Margaret Stanhope, The Magistrates Court and we are in the process of losing our hospital. 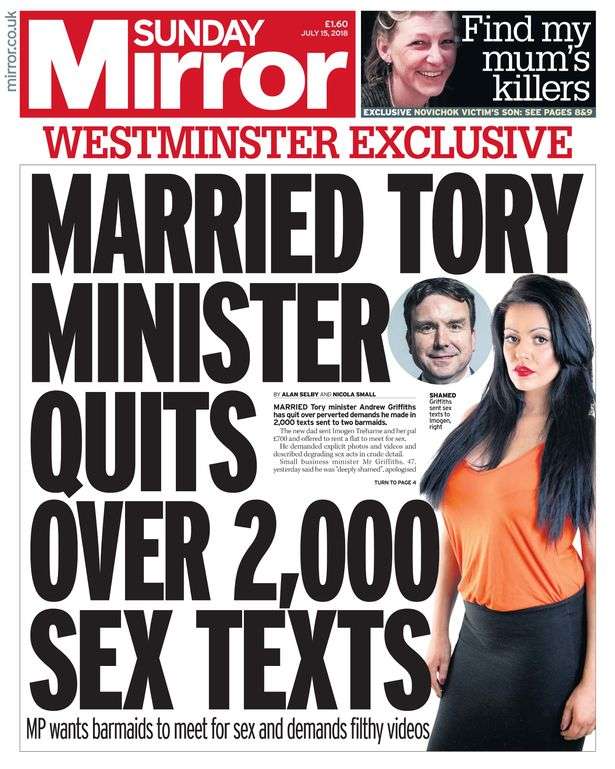 “He has transformed our constituency into an area of low wages and zero hours contracts with homelessness rocketing and food bank use on the increase. All of which lie with him and his austerity government.
“With this latest revelation, he has disgraced himself, embarrassed his family and his constituents. He should now be taking a long look at himself and considering whether or not he is morally capable of continuing as the member of parliament for Burton and Uttoxeter.’ ”
The Sunday Mirror revealed that the former government whip, who previously served as Theresa May’s chief of staff, sent Imogen and her pal £700 and offered to rent a flat to meet for sex. Imogen’s social media activities were followed closely by Griffiths before he contacted her .

Griffiths, who has three-month-old daughter Alice with wife Kate, 47, said in a statement: “I would like to apologise to everyone in Burton and Uttoxeter for my actions over a two-week period. The messages were written during a period of great personal pressure and in no way represent my views or actions. My behaviour fell well below the standards expected of me. I hope that people will judge me on my actions and achievements during eight years as MP for Burton and Uttoxeter rather than a few moments of stupidity. 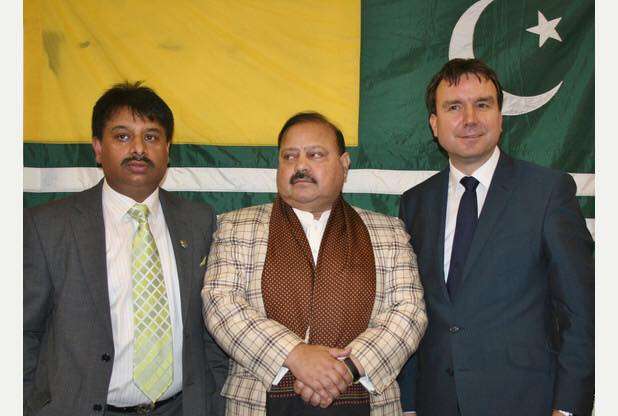 “My priority now is my family, and rebuilding their trust. I am undertaking professional treatment to ensure I never make the same mistake again. No casework will slip and everything will be dealt with fully while I am seeking help.”

Meanwhile a campaign has been launched by Ben Moore to demand the resignation of the disgraced MP. “A man like this does not represent the values and morals of the people and should not be in a position of power! He has done many awful things in the past including things like voting against gay marriage and this scandal is the final straw. More details in this link: http://bit.ly/2L1VOQV