Former Pakistan Prime Minister Nawaz Sharif and his daughter Maryam Nawaz were arrived in Abu Dhabi on their way to Lahore, where they face immediate arrest in the Avenfield properties case…reports Asian Lite News 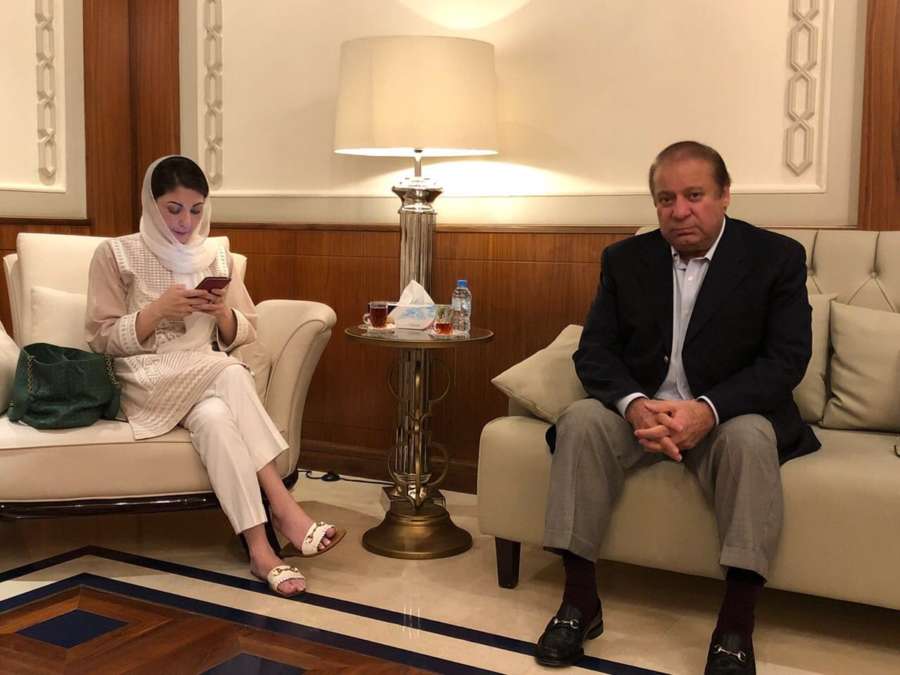 Upon their arrival at Lahore’s Allama Iqbal International Airport at 6.15 p.m., Maryam and Sharif will be arrested and will be taken to Islamabad by a helicopter to be imprisoned at the Rawalpindi Central jail, reports Dawn news.

The two Pakistan Muslim League-Nawaz (PML-N) leaders are returning to Pakistan to face a prison sentence handed out on July 6 by an accountability court in the Avenfield reference case, in which the judge ruled that Nawaz, Maryam and her husband Captain Safdar own assets beyond known income.  They were respectively handed jail sentences of 10, seven and one year each.

In a video message, tweeted by Maryam, the former leader urged his followers to stand with him and “change the fate of the country”.

“The country is at a critical juncture right now. I have done what I could. I am aware that I have been sentenced to 10 years (in prison) and I will be taken to a jail cell straight away.

“But I want the Pakistani nation to know that I am doing this for you,” Sharif said.

In one picture, the father and daughter are seen bidding a teary farewell to Kulsoom Nawaz, who is said to be comatose and admitted at a London hospital.

Sharif, who was in London with his wife and children when the verdict was announced, said he was returning to Pakistan from London to fulfil his pledge to “honour the vote”, Dawn online reported.

Addressing a party conference in London with Maryam by his side, Sharif said he has decided to return to the country “despite seeing the bars of prison in front of my eyes”.

“Is there any Pakistani who has had three generations of his family go through an accountability process only to find out that no corruption was ever done?” he asked during the presser that was broadcast live on Facebook.

Sharif also criticised the court’s decision to sentence his daughter to a seven-year term in jail, saying those who did so “did not even remember in their hate what stature daughters have in Pakistan”.

According to the court verdict, Maryam was “aided, assisted, abetted, attempted and acted in conspiracy with her father”.