Being unable to speak the language of the host country hinders individuals from reaching their full potential, limits or halt one’s freedom of choice and can result in the person’s marginalisation with very serious consequences…writes Dr Rami Ranger CBE

I would like to support Prime Minister David Cameron MP for raising  the very valid concern about members of our community who are unable to communicate in English. Being unable to speak the language of the host country hinders individuals from reaching their full potential, limits or halt one’s freedom of choice and can result in the person’s marginalisation with very serious consequences.

Take the example of a mother who is unable to speak or understand English – she may be confined to a life with very limited employment opportunities which has a direct impact on the income levels her family can achieve. This will  also have implications on comparative standards of living and opportunities that can be availed and this has far reaching consequences on social mobility and the speed at which it can be achieved. .

Being united by a common language is vital for communities to feel  inclusive.  It allows people to integrate and adopt British values which made Britain great in the first place.  The wide understanding and use of the English language  will help build a cohesive society where everyone can understand each other.

I also feel that the Prime Minister has not been disrespectful to Muslims or any other community; his comments were made after speaking with a group of Muslim girls and listening to the concerns they raised.  There are many ways one can feel proud of one’s religion and culture but customs which put some at a disadvantage need to be looked at carefully, especially when we have choosen to live in Britain. We now need to adopt some different rules for success.  There are many practical reasons why a command of the Endlish language is vital. A good example is that a  patient in hospital is most vulnerable especially if personal medical information is given to the doctor via an interpreter or a relative who has a limited understanding of English.

I will also urge religious leaders not to play politics with this sensitive and important issue which affects all of us and impacts on the future of Britain. We cannot have two societies living side by side, one in the main stream and the other on the fringes not able to take advantage of what the country has to offer to us all.

Women should be allowed to progress side by side with free access to all the benefits of the land.  If they are forbidden from doing so, they will be isolated and may be  unable to deal with the complexity of the modern world.  This will eventually lead to a dependency on others, the state and the world will become tough and potentially uncaring for them.

Those who wish to appear politically correct in order to win popularity are actually destroying the very fabric of our society and are now part of the problem. They are doing a great disservice to those who need but are unable to ask for help.

If we do not speak English as a nation, some will be left behind and this will harm our peace and harmony by creating a parallel society which resents those who are surging ahead with the help of their communication skills.

We had no choice in which culture we were born into, but we do have a choice as to how we build our future.

(Dr Rami Ranger CBE, FRSA, is the Chairman of Sun Mark Group and Chairman of the  The British Sikh Association. http://www.britishsikhassociation.org) 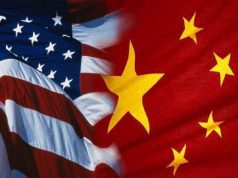 Asian Lite Daily Digital – US to Block Entry of Flights...