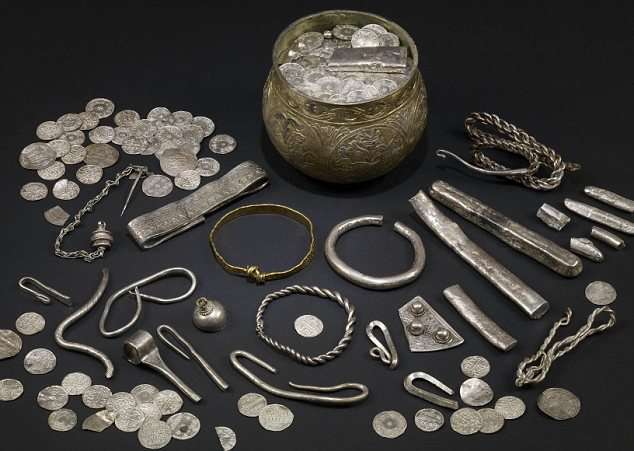 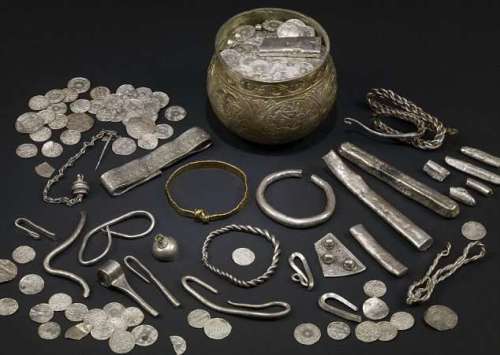 A metal detector enthusiast, Derek McLennan, has unearthed the biggest ever haul of Viking treasure in Britain.

Vikings were seafarers who raided and traded from their Scandinavian homeland across wide areas of northern and central Europe during the late 8th to 12th century.

The discovery, which was made on Church of Scotland land, included what could possibly be the largest silver pot from the Carolingian dynasty (Western Europe) discovered so far and could be up to 1,200 years old.

Derek McLennan made the discovery in early September, it was reported Sunday.

The hoard, which consists of more than a hundred artefacts, included an early decorated Christian solid silver cross.

According to experts, the cross could date from the ninth or tenth centuries.

It was found among dozens of silver arm rings and ingots two feet below the surface, deeper than his detector was thought to reach.

The excavation was undertaken by Andrew Nicholson, the county archaeologist and shortly after McLennan found a second signal at its base, the Daily Mail reported.