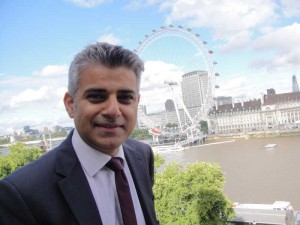 Having to register in order to receive your democratic right to vote could become a thing of the past under plans announced  by Labour.

The proposals, designed to repair the damage done to the electoral register under the Tories.

The proposals, designed to repair the damage done to the electoral register, would end the scandal of millions of people missing out on taking part in elections.

In a shift away from the current system, Labour will explore giving local authorities the power to automatically register people to vote.

Estimates are that 7.5 million people eligible to vote are currently unable to do so because they aren’t registered.

A further million people have dropped off the register in the last 12 months.

Research shows those more likely to be missing from the register are younger voters, those who rent privately and members of the BAME community.

Under Labour’s proposals published yesterday (Monday) in the manifesto, people would no longer have to fill in a form or go online to register to vote.

Instead, local authorities would use data in their possession as well as those of government departments to put on the register those who are eligible to vote.

Only those who achieve a minimum threshold would be added to the register and anyone who doesn’t want to be on the register will still have the option of asking to be removed.

Automatic voter enrolment schemes have been introduced in other parts of the world, including Oregon and New South Wales.

Both the Electoral Commission and the cross-party Political and Constitutional Reform Select Committee have backed moves to an automatic system of voter registration.

Labour’s plans, representing the biggest change to the way people register to vote in a lifetime, will be taken forward by the next Labour Government. Officials will be asked to work up the plans within weeks of the election.