Arijit Singh is the latest Bollywood sensation whose magical voice has brought a new resonance in Bollywood music. Prof Geetha Upadhyaya writes about Arijit Singh for Asian Lite News, the best newspaper for British Asians. Arijit will perform live for the very first time in Leeds and mesmerise the audience with a 3.5hrs of sheer melodious music. Arijit’s concert is at the First Direct Arena, Leeds on Friday 14th September 2018 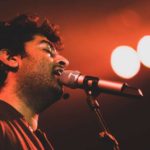 Born in Murshidabad to a Bengali mother and a Punjabi father, Arijit’s musical career started with the Hazari brothers when he was just three years old. At the age of nine, the government of India offered him a scholarship to further train in classical Indian vocal music. It was Arijit’s guru Rajendra Prasad Hazari who insisted that Arijit must take up music seriously and encouraged him to move to greener pastures.

Moving to Mumbai in the 2006 to freelance, Arijit invested in his recording studio to become a music producer , programmer, composer and sang short pieces for advertisements, news channels and radio stations.

The earlier days were a real struggle nearly forcing Arijit to abandon his passion and return home. However, his conviction to focus without thinking about the benefits and his passion for singing changed the future of his music career.

Most commonly known for his romantic songs Arijit was identified as a “romantic singer”. Being contended with the songs that come his way, Arijit always strives to do the best for his producers and is keen to explore different musical styles. Arijit’s major breakthrough came in Aashiqui 2  for his soulful rendering of the song “Tum Hi Ho“.

Being a multi-lingual singer Arijit reached out to many and his breathtaking live concerts have certainly paid rich dividends.  Today, Arijit is a not just a singer but a youth icon and an international figure. In spite of winning many major awards, singing hundreds of super-hit songs and being the favourite of millions across the world, fame has not managed to change Arijit. 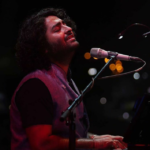 Arijit feels “Singing is like talking. It is an art of expression. There are other factors too but they all follow on, once you understand your lyrics and rhythm well. There are no rules. You just have to practice well.”

The charity “Let There Be Light” set up by Arijit works for the Below Poverty Line (BPL) communities. The activities include blood bank camp, distribution of clothes, books, stationery etc.  Arijit played a key role in helping the victims of the Nepal earthquake.

He never wants to flout his public image and just wants to look like a musician rather than a pop star and sometimes feels uncomfortable with public attention. 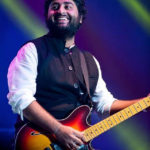 Arijit will perform live for the very first time in Leeds and mesmerise the audience with a 3.5hrs of sheer melodious music. Arijit’s concert is at the First Direct Arena, Leeds on Friday 14th September 2018.

Make sure you are at the concert to enjoy Arijit’s awesome talent!