Foreign Secretary Boris Johnson skipped a crucial Heathrow vote to push peace process in Afghanistan. The British government is not considering the ground realities in the troubled region. That is why Britain is pumping UK Aid funds to Pakistan. Afghanistan is blaming neighbouring Pakistan for its woes. The links between Pak ISI and numerous terrorist groups like the Afghan Taliban, Haqqani Network is a clear and present danger to global security…writes Dr Sakariya Kareem

British Foreign Secretary Boris Johnson visited Afghanistan to get an update on the troubled country. Afghan President Mohammad Ashraf Ghani and Mr Johnson exchanged views on matters pertaining mutual interests including the war on terror and situation in Afghanistan, an official statement said.

The recent ceasefire between Afghan government and Taliban which was ended by Taliban on June 17 and government efforts to extend it were also discussed at the meeting.

“Britain welcomes the recent interim ceasefire between Afghan government and Taliban militants, and we will remain committed with the people and government of Afghanistan,” the statement quoted British Foreign Minister as saying.

Britain will continue its military and non-military support to the people of Afghanistan, Johnson said at the meeting, according to the statement. But what Mr Johnson failed to take into consideration is the under currents in afghan politics and the role of Pakistan in aiding and abetting terrorism in the neighbouring landlocked country. The Afghan government is accusing Pakistan of supporting Taliban and other terror outfits in Afghanistan.

Al Qaeda branch AQIS Urdu language magazine Nawai Afghan Jihad in its latest edition carried an editorial about former Tehrik-e-Taliban Pakistan (TTP) chief Mullah Fazlullah. They confirmed his death in Kunar in a US drone strike on 13 June 2017. Nawai Afghan Jihad is the publication of AQIS and unofficially affiliate publication of the Afghan Taliban. It is however, strange that the Afghan Taliban should have chosen to write an obituary for Mullah Fazlullah.

Fazal Hayat was the original name of Mullah (Maulana) Fazlullah, leader of the Tehreek-e-Taliban Pakistan (TTP). Much wanted, anti-Pakistan, anti-women and generally disliked both in Pakistan and Afghanistan, ‘Radio’ Fazlullah became chief of the TTP in 2013 when Hakimullah Mehsud was killed in a US drone strike. He was the first non-Mehsud to be appointed as Amir and this created ripples across the rank and file of the TTP.

Of course, life in the TTP moves and it has announced the appointment of a new chief namely Mufti Noor Wali Mehsud. Mehsud, 40, reportedly studied at a number of religious seminaries in Pakistan. He served as a deputy to Baitullah Mehsud and was a qazi (judge) in the Sharia court established by Baitullah Mehsud. Mufti Mehsud is said to have authored a book in which he described the planning of Prime Minister Benazir Bhutto’s assassination. Mehsud hails from Gorgoray area of Sararogha tehsil and belongs to Mechikhel, a sub-clan of the Mehsud tribe.

The TTP is an umbrella organisation formed in 2007 by Baitullah Mehsud in FATA region of Pakistan in the aftermath of the Pak Army’s operation in Lal Masjid.  Baitullah pledged his allegiance to Mullah Omar, the long-standing leader of the Afghan Taliban. This allegiance stood despite the differences between the modus operandi of the TTP and Afghan Taliban. A year later, the Afghan Taliban distanced itself from the TTP for its spate of attacks on the Pakistan Army and its institutions. 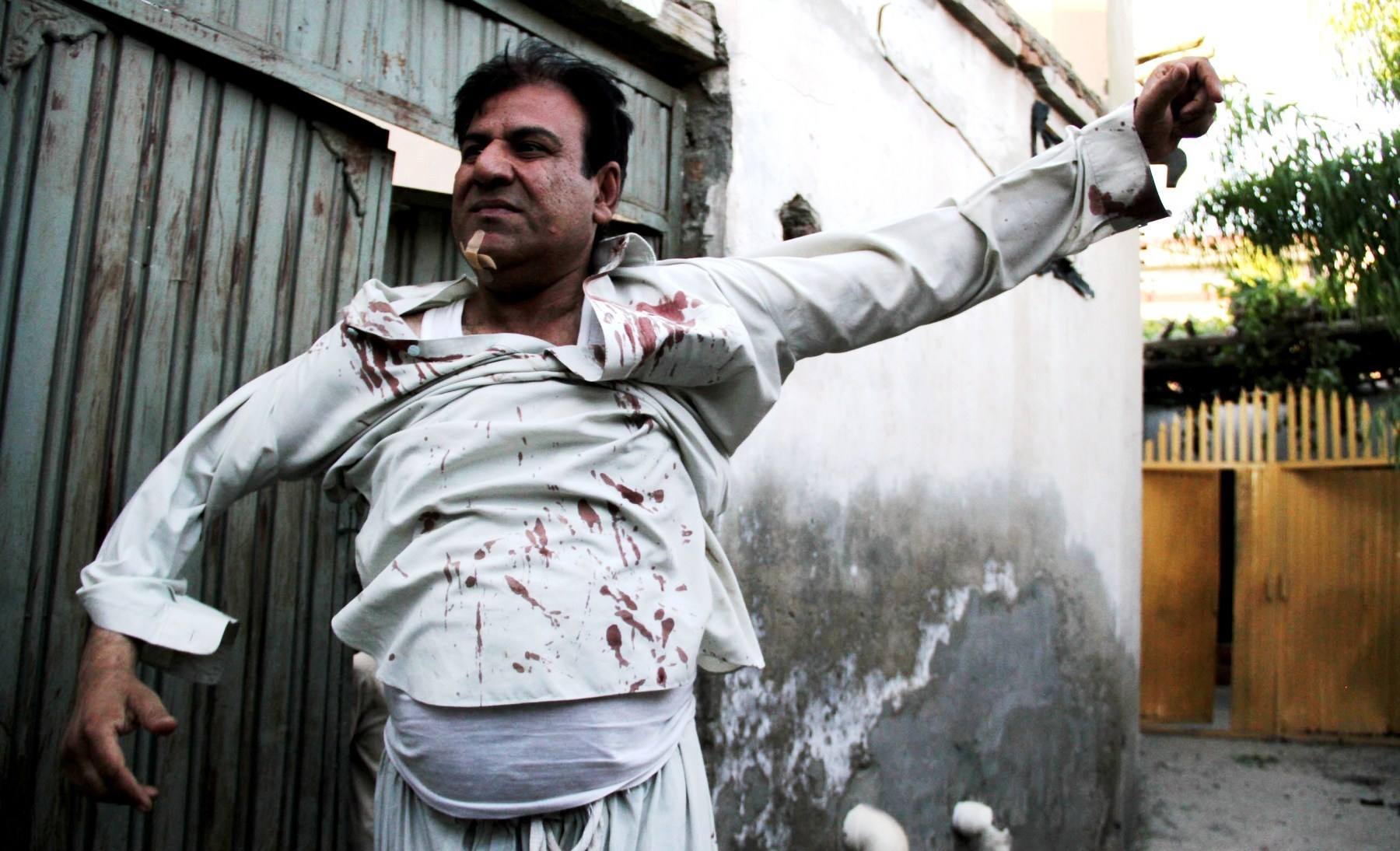 The TTP was originally based in South Waziristan and had three central objectives: to enforce Shariah law in Pakistan; to establish a unified front to combat US-led coalition forces in Afghanistan; and to conduct defensive jihad against Pakistani security forces. Ultimately, the group also seeks to overthrow the Pakistani government and establish an Islamic caliphate in Pakistan. To that extent, at least theoretically, the TTP goals were not different from that of Afghan Taliban excepting the emphasis on defensive jihad against the Pakistani state. This concept too was blown away when the TTP attacked the Army Public School in Peshawar in early 2014.

Differences within the TTP were also evident right from the beginning. Hafiz Gul Bahadur and Maulvi Nazir, both disagreed with the main TTP objective of attacking the Pakistani Army. Both Gul Bahadur and Maulvi Nazir had signed peace deals with the Pakistani Army at different times. This became clear when in mid-2014 the Pak Army launched Operation Zarb-e-Azb in Waziristan. It targeted only those TTP factions which had carried out direct strikes on Pak state institutions.

From the Afghan Taliban’s perspective, despite their disapproval of Pakistani Taliban attacks inside Pakistan, they are hesitant to disown the TTP mainly because they need Pakistani Taliban support in the tribal regions to maintain their safe havens and sanctuaries, as well as to recruit Pashtun tribesmen to fight in neighboring Afghanistan.

During 2008 and 2009, the TTP also carried out a number of attacks inside Afghanistan, one of them in late 2009 was carried out to ostensibly avenge the killing of their leader Baitullah Mehsud in a US drone strike. It was only after Hakimullah Mehsud’s death in 2013 did Fazlullah become Amir. But being a non-Mehsud, he could not carry all the factions together, leading to further factionalism.

In 2014, Omar Khalid Khorasani, one of the TTP leaders split from the main TTP to form the Jamaat-ul Ahrar (JuA). JuA was formed in August 2014 after a merger of TTP’s faction in Mohmand Agency and Ahrar-ul-Hind. Most of JuA commanders and operatives hailed from Mohmand Agency of FATA, Pakistan. Then in late 2014, the TTP spokesperson Shahidullah Shahid issued a statement in the name of Mullah Fazlullah, giving bayat to al-baghdadi. Reports indicate that this was withdrawn by the TTP a day later, and swore allegiance to Mullah Omar. Shahid was removed as spokesperson for the TTP as he had claimed the support of five other TTP commanders in pledging allegiance to al-Baghdadi. His real name was Sheikh Maqbool Orakzai.

The defectors included local TTP leaders in Orakzai, Kurram and Khyber tribal regions and Peshawar and Hangu districts – Orakzai commander Saeed Khan is seen as the biggest loss to the movement. The JuA in the meantime continued to promise that it would send fighters to Iraq and Syria to help ISIS central and gave bayat to Baghdadi.

This is exactly where Pakistan’s ISI came in. They brought together the Orakzai group under Hafiz Saeed Khan to form the Islamic State of Khorasan Province (ISKP) in Nangarhar Province of Afghanistan. Hafiz Saeed was nominated as wali or governor by ISIS Central on 26 January 2015 along with Abul Rauf Khadim, the former Gitmo detainee, as deputy. As Friday Times then noted “Hafiz Saeed Khan hailed from the Mamozai tribe of the upper sub-division of Orakzai Agency”. He was enrolled in a seminary in the Hangu district and went to Afghanistan in the aftermath of 9/11. Notably, Mamozai was the only tribe that sheltered Mehsud militants after TTP founder Baitullah Mehsud’s death in 2009.

When Mullah Fazlullah became TTP Amir in 2013, Hafiz Saeed Khan’s fortunes went down and he moved to Afghanistan. Then suddenly a year later he was swearing allegiance along with Shahidullah Shahid to the ISIS. In one of his early interviews, Hafiz Saeed Khan alleged that the Afghan Taliban was a puppet in the hands of the ISI. Later it became clear, that he too was a puppet in the hands of the Pak ISI. It suited Pakistan to have a group that appeared to be a clone of the Central ISIS in Iraq and Syria for it helped raise the bogey of a Islamic State in Afghanistan and one that could pose a threat to Central Asia and other countries in the region.

The links between Pak ISI and numerous terrorist groups like the Afghan Taliban, Haqqani Network and as seen above with the ISKP is a clear and present danger to global security. Also, the TTP had for long sworn allegiance to Mullah Omar, another creation of the Pak ISI. It is therefore not surprising that Nawai Afghan Jihad should publish an obituary on Mullah Fazlullah, after all they are all birds of the same flock! 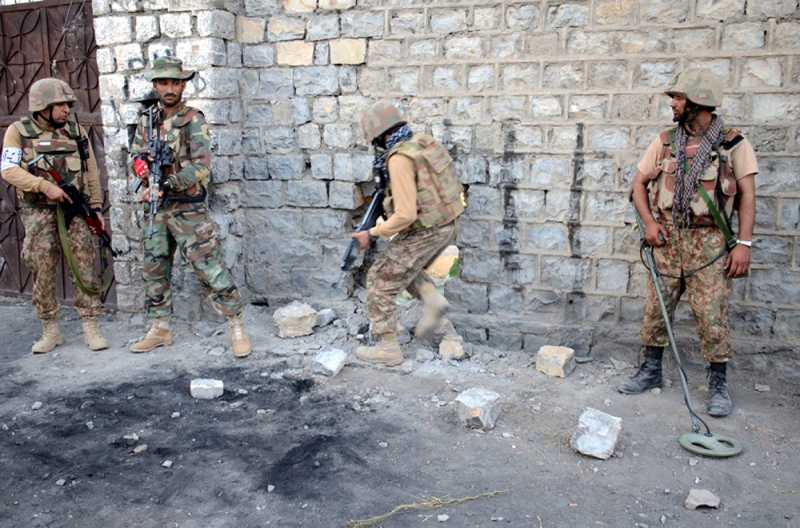