Oliver Letwin, a senior adviser to Prime Minister David Cameron, has apologised “unreservedly” over remarks he made about black communities days after the 1985 Broadwater Farm riot in north London.

The remarks were revealed in declassified government documents published by the National Archives on Wednesday. His comments followed the 1985 Broadwater Farm riots in north London, when he was a policy advisor to Thatcher.

Letwin, Cameron’s policy chief ,  also dismissed plans to encourage black entrepreneurs, saying they would set up in the “disco and drug trade”.

Mr Letwin said parts of the private memo were “badly worded and wrong”. 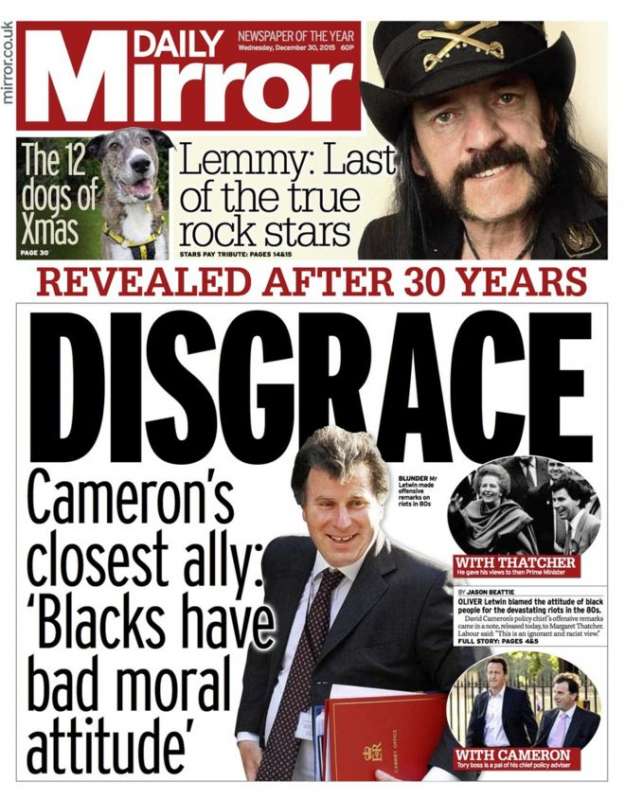 His statement came amid mounting calls from senior Labour figures for him to apologise.

The party’s deputy leader, Tom Watson, said the comments were evidence of “an ignorant and deeply racist view of the world”, while MP Chuka Umunna said attitudes in the memo were “disgusting and appalling”.

But a government source told the BBC it was a “historical” document “written by a policy team whose main task was to challenge orthodox views”.

Despite cabinet colleague demanding that assistance be given to impoverished communities following the riots, Letwin dismissed the proposals, rubbishing the tabled £10million communities programme as nothing more than a subsidy for “Rastafarian arts and crafts workshops.”