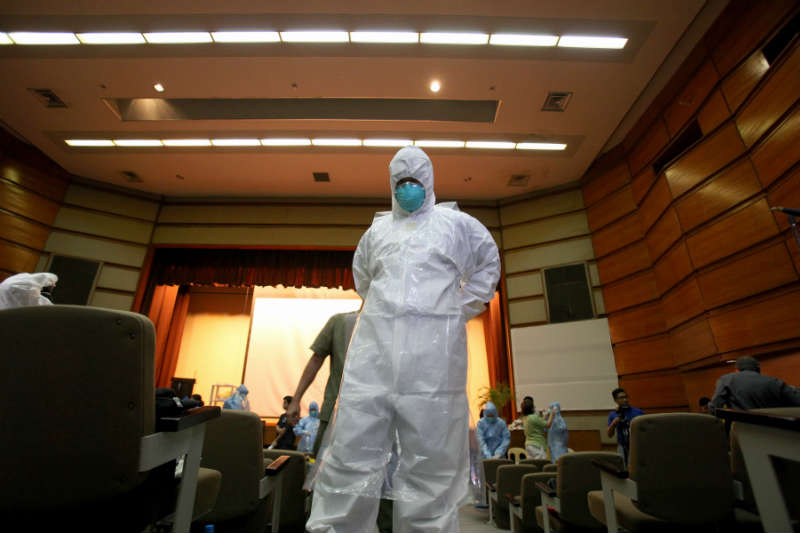 A health worker who was diagnosed with Ebola after she returned to Glasgow from Sierra Leone is now undergoing a treatment at specialist treatment centre in London, BBC reports.

According to sources, the woman was flown to RAF Northolt in a military plane after leaving Glasgow in a convoy.

Meanwhile, passengers on flights she took to Glasgow via Casablanca and London Heathrow are being traced.

She has been taken to an isolation unit at the north London hospital from the RAF base in west London, media reported.

According to him, the government was doing “absolutely everything it needs to” to keep the public safe.

“We are also reviewing our procedures and protocols for all the other NHS workers who are working at the moment in Sierra Leone,” he was quoted as saying by the BBC.

The patient, who had been working with Save the Children in Sierra Leone, arrived in Glasgow on a British Airways flight on Sunday but was placed in an isolation unit at Gartnavel Hospital on Monday morning after becoming feverish.