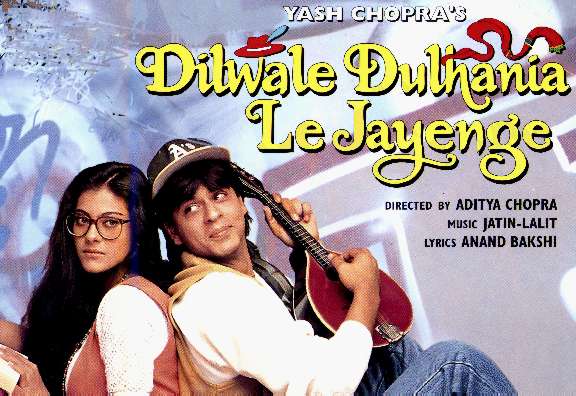 To mark its 20th anniversary, Indian cinema’s most celebrated love story, Dilwale Dulhania Le Jayenge (DDLJ), witnessed a screening at the iconic BFI Southbank London, as part of its romantic season – LOVE: FILMS TO FALL IN LOVE WITH…FILMS TO BREAK YOUR HEART.

As part of the special screening, winners of a nationwide competition launched through South Asian TV channel, B4U, to uncover the UK’s very own Raj and Simran were announced – with their unique love story against the odds shared with the audience. The winning couple, Pahul Ahluwalia and Rahul Sharma from London, were welcomed onstage and gifted with hampers of DDLJ memorabilia and collector’s item merchandise and, paying homage to the iconic screen looks of the film’s lead stars, Shah Rukh Khan and Kajol, a feathered hat and beautiful dupatta donated by Jyoti Chandhok, a British Asian Designer and curator of fashion and embroideries. The dupatta was a pure silk and brocade shaded benarsi dupatta that could be teamed up with a lehnga, patiala shalwar suit or anarkali to recreate Kajol’s iconic look in the hit song, Mehndi Laga Ke Rakhna.

The winning prizes were presented by Navraj Panesar, General Manager UK, Yash Raj Films who said: “DDLJ as a film is the jewel in the crown for us as a company and is close to all our hearts at YRF. As a company we just made a film, but it’s the fans that made it iconic. We wanted to give ownership of this film to the fans here in the UK and the Raj and Simran UK contest is our way to say thank you to the people behind the success of DDLJ – the fans. We’re also delighted that the film is being celebrated by an institution like BFI who had also released a book on the film earlier and we’re humbled yet again by their support.”

Rhidian Davis, BFI Programmer Manager said, “DDLJ has long been recognised by the BFI as an important film, and it was an obvious choice for us to make a song and dance about it as part of our LOVE season, presenting the most enduring love stories from around the world. Working with Yash Raj Films and their partners to host a sold out screening at BFI Southbank feels like a fitting tribute to the film in its 20th anniversary year, and to the unforgettable pairing of Shah Rukh Khan and Kajol as Raj and Simran.”

Competition winner, Pahul Ahluwalia said, “We are absolutely thrilled to be crowned the Raj and Simran of the UK. This is a title that every girl of that time relates to. Things were a lot more conservative back then. Most girls related to Simran and were hoping to meet their Raj, but often caught between following tradition out of respect for their parents, or following their heart.”

Competition winner Rahul Sharma said, “Every boy wants to be a Raj and to find his perfect Simran in life. Raj was courageous. He was the Romeo of Bollywood and the benchmark of romance.”

An audience member all the way from Hungary said, “I fell in love with Hindi and Bollywood movies are great for learning Hindi. I love DDLJ as it’s very romantic, with lots of messages that can touch everyone’s hearts. It captures all audiences, from kids to young people in love to older generations.”

Ashok Shenoy, Head – International Business, B4U said, “B4U are thrilled to be a part of this screening with BFI and Yash Raj Films to celebrate 20 years of DDLJ. Being one of the primary Bollywood channels we are honoured to be able to champion the DDLJ legacy. As a channel we have extended the celebrations on air with special programming and an exclusive competition to find the UK’s Raj and Simran leading up to the screening. DDLJ is an iconic Bollywood film and a testament to just how diverse, magical and timeless our industry is.”

The milestone event also welcomed a specially-commissioned piece by Absolute Bollywood Dancers, who showcased onstage some of the film’s most memorable songs as part of a medley of Yash Raj Films classics. Following the screening, DJ Vish and crew entertained audiences with a live, DJ set of celebratory party tunes.

Aditya Chopra’s epic ode to love this year celebrates 20 years of uninterrupted run at the iconic Maratha Mandir in Mumbai. The National Award-winning film changed the course of a nation’s cinema and became an unparalleled brand by establishing itself as the longest running film in the history of Indian Cinema.

Since its release in 1995, the cult classic love story, featuring one of Indian cinema’s most beloved screen pairings – Shah Rukh Khan and Kajol, respectively essaying the lead roles of Raj and Simran – has won over the hearts of all generations. 20 years since its release, the cult classic still plays to a packed house during its daily, 11.30am show. It has been so strong an influence in filmmaking that it has in fact become a benchmark for all love stories in Indian cinema. 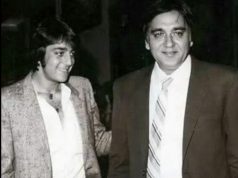