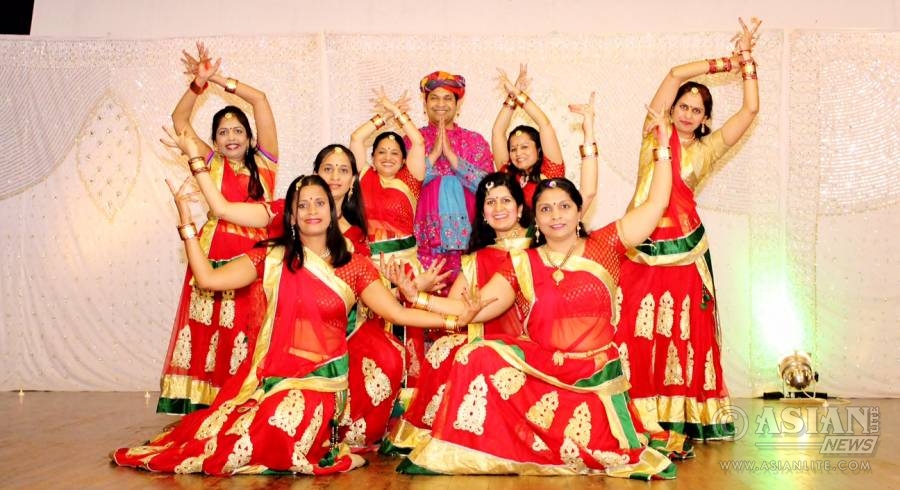 The Jain community Gets together to Celebrate Ayambil Oli in London. . . . reports Shambhu Gupta

The Jain Festival of Ayambil Oli was celebrated in Kingsbury High School Hall in West London.  There were several generations of families gathered for a whole day  festival. The hall was  packed to capacity. Many of us do not know who Jains are? What their beliefs are?  What is  Ayambil Oli and what they do during this festival?

Jainism is an ancient religion. Some believe it goes to eternity while others believe Mahavira  gave a formal shape to a system of beliefs and rituals about 500 BC. Jains are thinly spread  throughout India but a greater number are in the state of Gujarat  in Western India.

During the British Empire a large number of them were taken by the British to West Africa  where they became successful businessmen and rose in professions due to their values and  hard work. But after the turmoil in 1972,  when The Dictator Idi Amin started confiscating the   properties and businesses of Asians in Uganda, many of the Jains came to the UK.

Before 1972 there were very few  Jains in the UK.  Now according  to the census taken in 2011,  there are about 24,000 Jains in the country. About one third of the total number live in the four London Boroughs of Barnet, Brent, Ealing and Harrow. Largest number (5354) of Jains live in Harrow.   They have made a Derasar in Kenton. They have established an institute of Jainology in Greenford. They have made a big community hall and temple in Potters Bar. It is called Oshwal  Centre.

Ayambil Oli  festival started on 14 April at the Derasar in Kenton. During this period they only  had  one meal a day of boiled rice without sugar, salt, spices, oil, ghee or other flavouring and drank  only boiled water. On the 10th day the fast was ended. Pooja was done by Pujya Shri  Nirmal Sagarji Maharaj who had come specially from India for this. Children were encouraged  to present cultural items.

Jeeya Solanki and her sister Jhanvi Solanki presented the Namokara Mantra. Both sisters are learning music with Punita Gupta, a renowned sitar player based in Harrow. Then lunch was served. Function finished at 6 pm.  While there  are religious reasons for doing what they do, it is also understood in the modern scientific  context. I see it as a programme to detoxify your body and build your will power.

Ayambil Oli is held twice a year. Second Ayambil will be held in September/ October.  All Jains are vegetarian. They strongly believe in non-violence to others in thought, speech and action. Other four main pillars of their philosophy are Satya (truth), Asteya ( no stealing),  Brahmacharya (celibacy) and Aparigraha ( sense of detachment from things,  people and places- give rather than take).

That may be the reason that Harrow has the lowest crime rate in London.