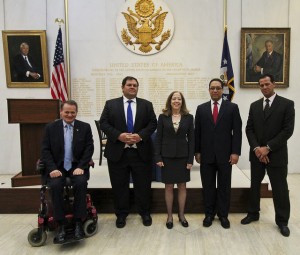 Conservative peer Lord Blencathra – formerly known as David Maclean – has been ordered to apologise to the House of Lords for signing a contract with the Cayman Islands government under which he pledged to lobby both Houses of Parliament.

The move follows a two-year investigation by the Bureau of Investigative Journalism into the former Tory Chief Whip’s activities as director of the Cayman Islands Government Office in London.

But the Commissioner, Paul Kernaghan, accepted the peer’s assurances that despite signing the £12,000 per month contract, Lord Blencathra had not intended to lobby either House and did not do so.

Lord Blencathra’s apology is likely to take place on Thursday July 17, after the report into his conduct is formally considered by the House of Lords.

The Bureau revealed in April 2012 that Lord Blencathra’s role as director of the Cayman Islands Government Office in the UK included lobbying and that he had written to the Chancellor George Osborne to complain about air passenger taxes on flights to the Cayman.

He had also approached MPs who had criticised the Islands.

In response to the Commissioner’s first inquiry, Lord Blencathra insisted he did not lobby Parliament and would not do so.

“None of my work involves lobbying Parliament or seeking to influence either House. I made that clear when I took on the role that I would not do that,” he said. He added that his job did not involve “using my position to influence Parliament”.

He added:”‘I have never sought to gain advantage for the Cayman Islands Government in Parliament nor with MPs nor peers.”

Mr Kernaghan subsequently concluded, in November 2012, that there was “no evidence that Lord Blencathra exercised parliamentary influence on behalf of the Cayman Islands Government Office in the UK.”

The Commissioner added: “Equally, no evidence has been presented that he provided parliamentary advice or services.” 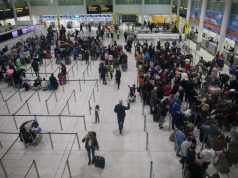