A British Lord, a member of the nominated Upper House of the Parliament, draws flak for fueling hatred in the community when India celebrates 69th Independence Day.

Lord Nazir Ahmed, who was suspended from Labour party for anti-semitic remarks, was shown ina video challenging India’s democratic credentials and urging people to protest against India. Despite his campaign through social media and some local TV channels, a handful people assembled at Holborn. The protesters were outnumbered by people celebrating Republic Day in the vicinity.

Lord Nazir was in the scene leading a team of aggressive protesters who shouted at onlookers. 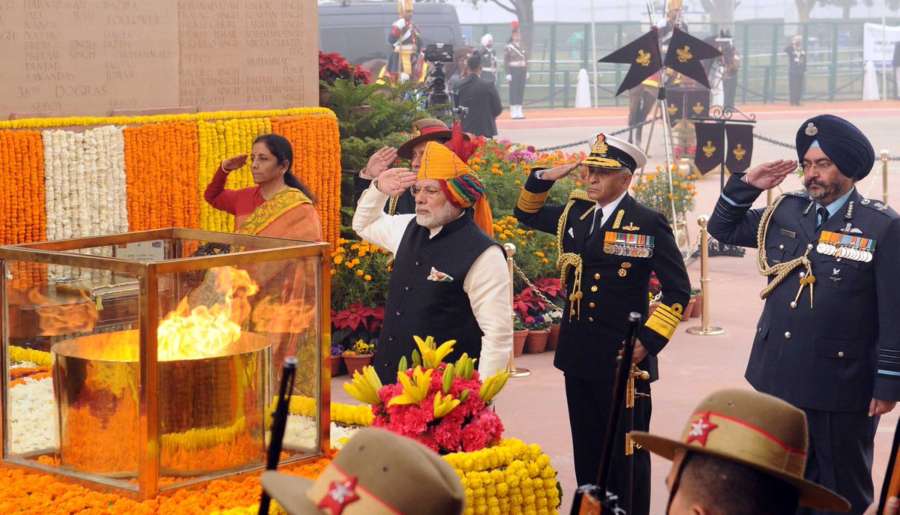 Hajee Sheikh Rahman, a retired public servant, said the suspended Labour Lord is a disgrace to the Asian community.

“When the whole world, especially the ethnic community in Britain, going through a tough phase, Lord Nazir and his team are diverting attention from the key issues. It’s a waste of time and money to drag subcontinental conflict to British streets. As a Lord, his primary responsibility should be on the British electorate who are facing uncertainty over Brexit.”

“If he is keen on human rights, the Lord should turn focus on Pakistan occupied Kashmir and people displaced by Chinese funded mega projects like CPEC,” Mr Rahman added.

“The protesters were aggressive and were trying to incite violence,” said Mahendra Jadeja, a senior Indian community leader. “I was surprised to see a group shouting filthy languages when we were celebrating our Republic Day. I even pleaded to some of the protesters to stop shouting Ghalis.”

Mr Jadeja along with another senior Indian community leader PG Patel were seen on scene to pacify the protesters.

“Disgraceful coming from a Lord,” said Dr Kailash Chand. “The loudest voices we hear are those who advocate conflict, divisiveness and hatred and play politics with peace loving Asian population in the U.K.. Divisiveness is not good for the Indian, Pakistani, Bangladeshi living in harmony in the U.K”

“A peaceful resolution of the conflict, which drains most of the resources of the two poor nations, should be a priority of the patriotic politicians on both sides…not hatred for personal political gains,” the veteran GP added.