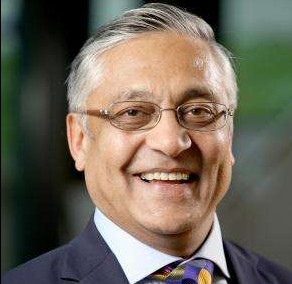 The England and Wales Cricket Board today announced that Professor Lord Patel of Bradford OBE, a leading voice on health, social care and community cohesion, is to join its 14-strong Board of Directors as an independent member.

Professor Lord Patel, who currently sits in the House of Lords as a Labour Peer, formerly worked for the Yorkshire Cricket Academy as a part-time coach and has had a life-long involvement with the recreational game via local leagues in his native Bradford. Last year he served on the judging panel of the inaugural Asian Cricket Awards supported by ECB.

A former ambulance-man, special constable and social worker, Lord Patel has retained a keen interest in cricket while becoming one of the country’s most influential and authoritative spokesmen on issues relating to health, social care and equality and human rights. He succeeds Lord Morris of Handsworth who is stepping down from the Board after eleven years as an ECB Director.

Commenting on his appointment, ECB Chairman Colin Graves said: “Lord Patel’s instinctive grasp of the role cricket plays in uniting communities and crossing social barriers will be all important as we continue to change how we work as an organisation. He is a hugely respected figure and his sound judgment and expertise will be an enormous asset to the Board and the wider game.

Lord Patel said: “Cricket has been a life-long passion of mine and this is a great honour for me.  I am a huge advocate of what the sport can bring to the wider community – from instilling life-skills like self-discipline and leadership to improving fitness and tackling wider issues like obesity.

“I am also naturally very honoured and proud to be the first British Asian chosen to serve as an ECB Board Director and keen to explore ways in which cricket can better engage with Britain’s diverse communities, particularly the South Asian community, and take full advantage of the many different ways in which we can widen the game’s appeal still further.”

Currently a Professor at the University of East London and Chair of the Bradford Teaching Hospitals NHS Foundations Trust, Lord Patel is a former Chair of the Mental Health Act Commission. He served as a government minister in the House of Lords from 2008-2009 and on the shadow front-bench in the upper house from 2010-2012.

His achievements include delivering a five-year action plan for delivering race equality in mental health care; acting as senior Ministerial advisor for a major government initiative tackling extremism and chairing a national taskforce looking at the effectiveness of prison drug treatment.

Born to Indian parents in Nairobi, Lord Patel moved to West Yorkshire at the age of one, and first played the game in the back-streets of Bradford. He subsequently joined a number of local club sides where he played alongside famous cricketing names in the Bradford League like Phil Sharpe and Geoff Cope. An all-rounder, he retired in 1998 after taking all ten wickets in a league game.  He resumed playing again 7 years ago with his son Dru, and now both play regularly for Northowram Fields CC in the Central Yorkshire league.