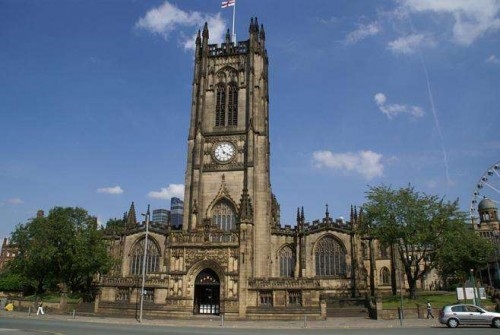 It will be airing a series of pilots through its website and YouTube channel, including a what’s on guide and Meditations. These will feature events, music, art and the pastoral roles and responsibilities of those who work there.

“These new programmes on our own YouTube channel will test the water as we explore the production of regular high quality broadcasts, on our own website and social media channels, so those who know this building can join a new generation in sharing in the historic legacy and inspiration which this iconic building brings to a bustling post-industrial city,” explained The Very Reverend Rogers Govender, Dean of Manchester.

The cathedral has worked alongside Bird Consultancy’s Chris Bird and broadcaster, Rob McLoughlin to develop the concept.

“This is an exciting development. The established church has been slow to embrace­­ the real opportunities presented by social media but now Manchester wishes to be a world leader and become one of the first Cathedrals in England to regularly broadcast from its breathtaking surroundings and share the gift which the people of past centuries have left the people of this era,” added Bird.