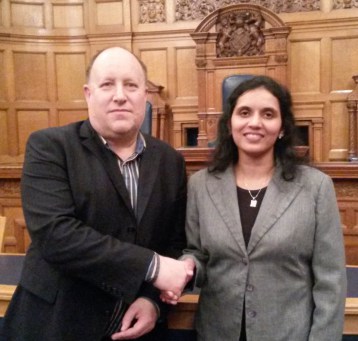 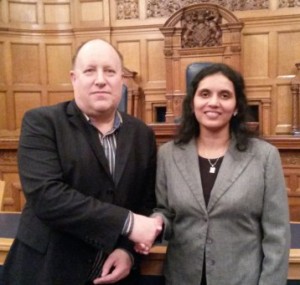 Broad Green councillor Manju Shahul Hameed is to be nominated to be the next Mayor of Croydon by the Labour group at Monday’s council meeting.

Manju Shahul-Hameed is from Thiruvananthapuram in Kerala. She is married to Mohammed Rafi and have two children.
A very proud moment for the UK Malayalee community  in UK if Labour wins majority in the local elections tomorrow in Croydon.
She is contesting from the Broad Green ward also have to win . However, this is a Labour stronghold and its definite she will go on to win.
The appointment of the borough mayor is made by a committee on which Conservatives have a majority, so that the formal nomination is likely to be a Tory.

But with council elections just four months away, the local Labour group has agreed unanimously to put forward Hameed, who has been a councillor since 2006 and was their education spokesperson from 2009 to 2011.

“If Labour is successful in this year’s council elections, Manju will be our choice for civic mayor,” said Tony Newman, the leader of the Labour group at the Town Hall. “I know she will make a wonderful ambassador for our town.