British Prime Minister Theresa May leads trade mission to India to ‘reboot an age-old relationship in this age of opportunity’….reports Anasudhin Azeez

Prime Minister Theresa May embarks on her first bilateral visit outside of Europe today, taking 33 business representatives to India as the Government gets on with the job of seizing the opportunities of Brexit and delivering an economy that works for all. The visit is aiming to strike commercial deals to create 1370 jobs in the UK besides initiating a new UK-India urban partnership to unlock opportunities worth £2 billion.

Travelling with a trade delegation for the first time, the PM’s visit to Delhi and Bangalore will be focused on forging a stronger strategic partnership between the UK and India, with the Prime Minister and Prime Minister Modi due to meet tomorrow afternoon for over two hours of talks on trade, investment, defence and security.

The PM wants to establish a stronger trade and investment dialogue with India, breaking down existing trade and investment barriers, and securing agreement to talks at official level that will pave the way for a bilateral trade arrangement once the UK has left the EU. The Prime Minister will be accompanied by the International Trade Secretary Liam Fox and Trade Minister Greg Hands.

“When I took office, I said that the mission of this Government would be to forge a bold new positive role for the United Kingdom in the world and make Britain a country that works not for a privileged few, but for every one of us. And that’s exactly what I will be doing this week – leading my first trade mission to India, with small businesses from every corner of the country, as we seize the opportunities of leaving the European Union,” Mrs May said prior to the departure.

“Because while others seek to tie our negotiating hands, the Government will get on with the job of delivering the decision of the British people. It was MPs who overwhelmingly decided to put the decision in their hands. The result was clear. It was legitimate. MPs and peers who regret the referendum result need to accept what the people decided. 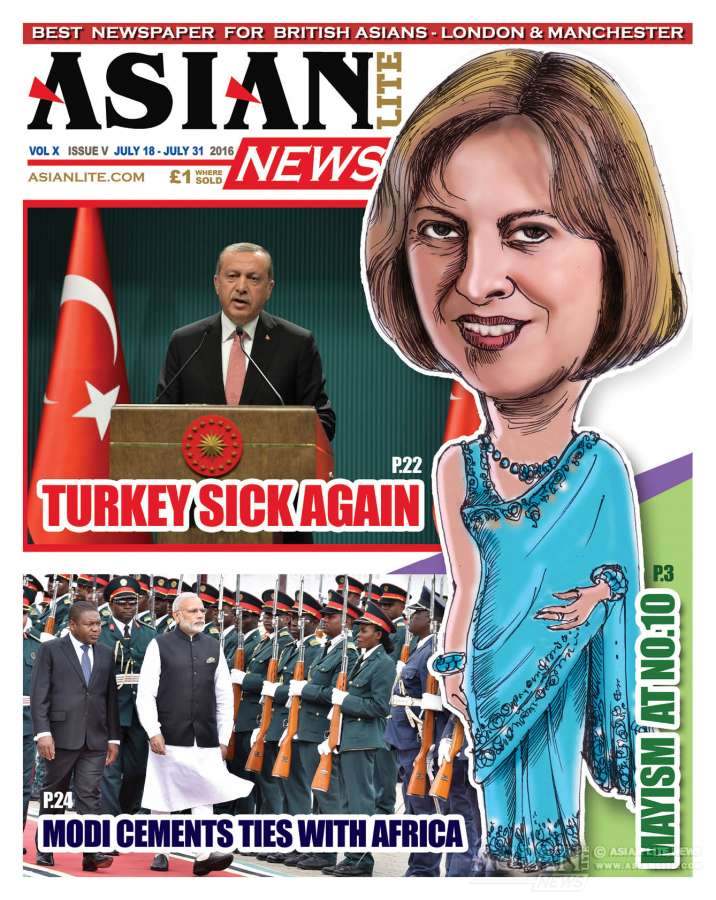 “And now we need to turn our minds to how we get the best outcome for our country. That means sticking to our plan and timetable, getting on with the work of developing our negotiating strategy and not putting all our cards on the table – that is not in our national interest and it won’t help us get the best deal for Britain.

“It also means expanding our horizons and forging stronger partnerships with countries around the world. The UK and India are natural partners – the world’s oldest democracy and the world’s largest democracy – and together I believe we can achieve great things – delivering jobs and skills, developing new technologies and improving our cities, tackling terrorism and climate change. This is a partnership about our shared security and shared prosperity. It is a partnership of potential. And on this visit I intend to harness that potential, rebooting an age-old relationship in this age of opportunity and with that helping to build a better Britain.”

A host of commercial deals are due to be signed during the visit, which together are expected to create 1,370 jobs in the UK, providing a real boost to our workforce and financial security for hundreds of families across the country.

Both Governments will also sign a landmark agreement to improve the intellectual property landscape in India with a programme of co-operation between the UK Intellectual Property Office and Department of Industrial Policy and Promotion. This will support Indian efforts to protect and enforce intellectual property rights, thereby addressing one of the concerns for British businesses operating in India.

The UK will also commit to extend assistance to India to improve the business environment, including by providing advice on reducing regulation, tax and public administration, standards and insolvency. No other country has such comprehensive co-operation with India in this area, which is intended to support Prime Minister Modi’s efforts to push India up the world’s Ease of Doing Business rankings from its current 130th spot and in turn make it easier for UK business to trade and invest in India.

Both Prime Ministers are expected to launch an India-UK Urban Partnership on smart cities and urban development which could be unlock new business worth up to £2 billion to British business over the next 5 years.

This partnership brings together not just the two governments, but also business, investors and top urban experts from both nations, to build smarter, more inclusive cities that drive prosperity, jobs and growth in both India and the UK. The collaboration is expected to focus on the fast-growing and dynamic state of Madhya Pradesh with the historic and holy city of Varanasi also set to benefit.