The parliamentarians let the British electorate down.  We never voted to leave EU without a deal in 2016. The procrastination of the Opposition and the self-serving personal agenda of the Boris and his cronies are undermining the opportunities of the future generation. They are the one going to bear the brunt of these shambles…. writes Kaliph Anaz 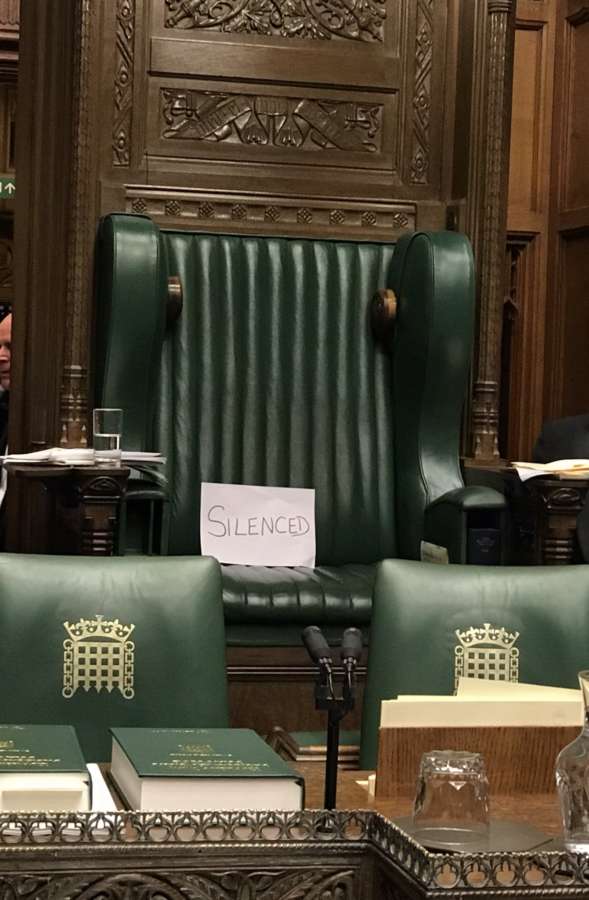 Shouting sorties, scuffles, Labour team singing the Red Flag, SNP on Flower of Scotland and Welsh group on Bread and Roses…. Welcome to British Parliament – The Mother of All parliaments.

The democracy at stake as a British prime minister without a proper mandate and his unscrupulous advisor who hates parliament blocking everything to pave the way for their Brexit juggernaut to roll on. British electorate was duped with fake news and fake data besides scaremongering sensational posters. Instead of debates and fair discussions, the dark arts of social media were employed to sway the opinion of the British electorate.

The poor will be poorer if the Brexit took place on October 31 without a deal. The rich have something to fall back on. Boris and his friends at high places like Jacob Rees-Mogg are not telling the truth and that is reflecting in their hesitation to reveal the Yellow Hammer Papers, the government’s contingency plan for a no-deal Brexit.

Earlier today John Bercow announced that he will be standing down as Speaker of the House of Commons. Watch his statement to MPs: pic.twitter.com/LdZ9RGgPY9

The Operation Yellowhammer reveals the probable consequences of the UK leaving the EU without deal on 31 October. The no-deal Brexit will disrupt the British system in all sectors. The report predicts: Up to 85 per cent of lorries travelling across the Channel may not be ready for French customs;  EU likely to have increased immigration checks at border posts. This may lead to passenger delays at St Pancras, Cheriton and Dover; the disruption will affect the supply of medicines unless there is mitigation via other sources; the supply of certain types of fresh food will decrease. Critical elements of the food supply chain (such as ingredients, chemicals and packaging) may be in short supply. In combination, these two factors will not cause an overall shortage of food in the UK but will reduce availability and choice and increase the price, which will affect vulnerable groups. Communities which already relying on food banks for survival will crumple.

Besides all these issues, the government is fearing a poll tax model protests across the country. Protests and counter-protests will take place across the UK, using up police resources. There may also be a rise in public disorder and community tensions.

"This is not a normal prorogation" – Commons Speaker John Bercow makes his views clear as Parliament is prorogued until the middle of October pic.twitter.com/cVqKa9VDpj

How can you break up with your partner of 40 plus years without a deal? Is it too rude? But Boris and his team want to leave without a deal. His brother Jo Johnson and cabinet colleague Amber Rudd quit over the secrecy shrouded around the strategy. There is not enough inclination to get a deal when leaving the ties we started in 1973.

Prime Minister Boris Johnson said that he wanted to head to the polls next month to break the political deadlock and he is accusing the opposition of making “outrageous excuses” to delay the process. Former Tony Blair termed it as an elephant trap and Corbyn heed the advise.

Labour and other opposition MPs refused to back the snap election bid – which needed a two-thirds majority in the Commons – while the risk of a no-deal remained. In all, 293 MPs voted for the prime minister’s motion for an early election, far short of the two thirds needed.

The bill aimed at blocking a No Deal #Brexit has passed all its stages in the House of Lords. It now goes for Royal Assent: pic.twitter.com/7U3SMLDIAJ

Now the Parliament has officially been suspended for five weeks, with MPs not due back until 14 October. Amid unprecedented scenes in the Commons, some MPs protested against the suspension with signs saying “silenced” while shouting: “Shame on you.”

The parliamentarians let the British electorate down.  We never voted to leave EU without a deal in 2016. The procrastination of the Opposition and the self-serving personal agenda of the Boris and his cronies are undermining the opportunities of the future generation. They are the one going to bear the brunt of these shambles. The no deal Brexit will also lead to the break-up of the United Kingdom. The Remain Scotland will opt for a second referendum and the factors are now favourable to them. We will be forced to remain in Little England with limited opportunities and infighting. Bravo Britain!