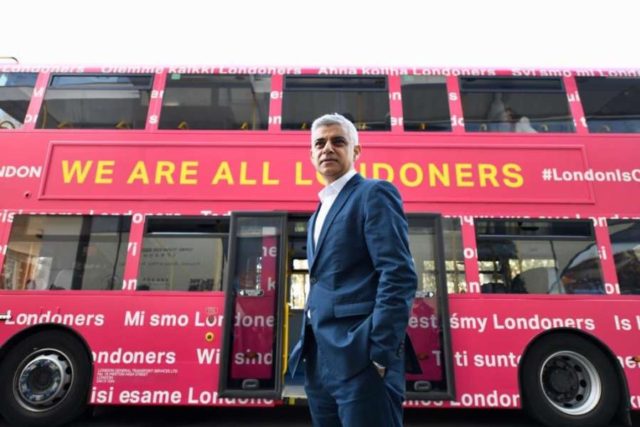 The number of coronavirus patients who have died in the UK hospitals has gone up to 13,729. The Chief Medical Officer Professor Chris Whitty said the spike in deaths today is due to a probable lag in reporting over Easter weekend. The death toll in England is 12,396; Scotland – 779; Wales – 495 and Northern Ireland – 158. London records 2501 deaths.

The mayor’s Resilience strategy has been developed as part of the global 100 Resilient Cities Project and highlights new threats to the city’s safety and stability, including the impact of climate change and extreme weather events that lead to flooding and drought. Heatwaves put pressure on the city’s transport and electrical infrastructure, making it more vulnerable, and pose a threat to life for those more susceptible to extreme heat.

The report also looks at the potential impact of Brexit on London’s communities and businesses, including possible disruption to trade and food supply chains, as well as the availability of workers across a number of sectors including the National Health Service.

The new strategy highlights the impact long-term chronic stress that austerity has put on the city, hitting key public services such as the police and NHS. Nearly a decade of cuts has left London’s vulnerable communities less able to cope with disruption, creating further social exclusion, and narrowing opportunities to maintain health and wellbeing.

To ensure the capital remains resilient, the Mayor’s strategy sets out how London needs to prepare itself for future events. For example, City Hall will work with the British Red Cross, the NHS and local authorities to increase access to first-aid training for Londoners. As members of the public are frequently first on the scene in the event of an emergency, before the arrival of emergency services, assistance from Londoners has proved to be a vital resource.

In addition City Hall will review the impact on London’s food system from potential disruption during Brexit and work with the Government and local authorities to improve the capital’s food resilience, by increasing food growing in London and providing support to vulnerable Londoners.

“In times of adversity, Londoners always pull together to overcome hate and hardship and bounce back stronger and more united than ever. But in the face of unprecedented challenges – such as climate change, the growing threat of cyber-attacks and Brexit – it is vital that we continue to adapt and change to safeguard our city, our communities and the progressive values that bind us together,” said the Mayor.

“The approach set out in my new Resilience Strategy shows how we can put the capital on the right footing to reduce the likelihood of emergencies happening in the first place, and to help all Londoners cope with and recover from external shocks – making our city safer and our economy stronger.”

“Whether an emergency is large or small, ordinary people can make a crucial difference so long as they have the skills and confidence to help. We welcome the new London City Resilience Strategy and look forward to working with others to see what parts of London and which groups of people might benefit the most from first aid training and how we can reach them. The British Red Cross believes that everyone should know how to save a life and looks forward to helping turn London into a city of lifesavers.”

“Building resilience in London is about the ability of all Londoners, our businesses and our communities to survive and thrive no matter what kinds of changes or crisis we as a city experience,” said Deputy Mayor for Fire and Resilience, Fiona Twycross. “The capital has well rehearsed responses to major incidents, which have been used to life-saving effect at some terrible events in the past few years, but this new strategy is about addressing the long-term and ever-changing challenges facing London. It’s crucial we have in place the most robust emergency plans to help the whole city flourish.”

Lina Liakou, Managing Director for Europe and the Middle East, Global Resilient Cities Network pioneered by The Rockefeller Foundation, said: “London is part of a global community of cities committed to futureproofing their urban systems and making their cities safer for all. London developed this strategy in dialogue with other cities that face similar challenges in Europe and beyond gaining a global perspective on resilience. We are looking forward to continuing our work with London to strengthen this international movement that tries to make our cities and communities stronger and better prepared.”