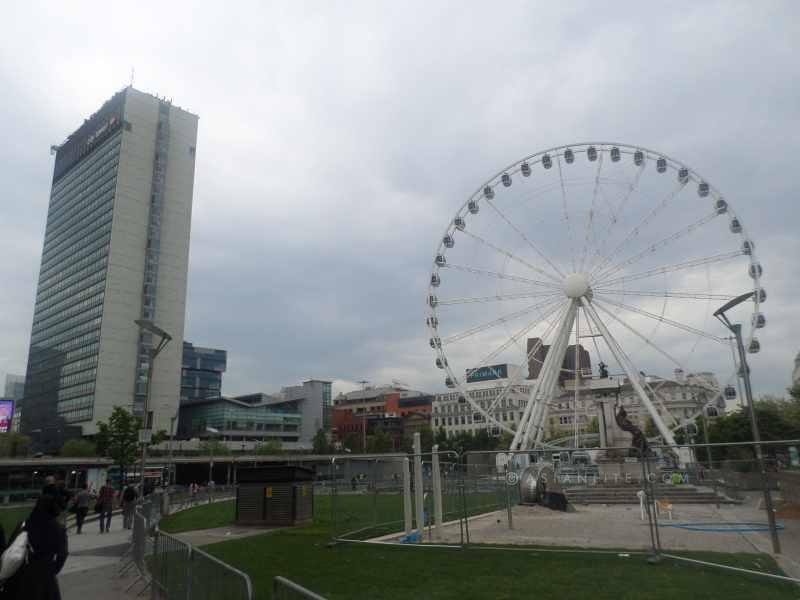 Manchester’s bid to be the country’s first City of Football is gaining momentum and residents are being encouraged to help shape the city’s final submission to Sport England. If named City of Football Manchester will receive £1.6m in National Lottery funding to run a two-year pilot programme aimed at getting more people – particularly those aged 14-25 years – playing all forms of the game.

Manchester is vying for the title against Nottingham and Portsmouth, after a shortlist was drawn up from a list of 22 cities that applied. The successful city will be announced the week beginning 22nd September.
Support for the Manchester bid has already been overwhelming with celebrities such as Michelle Keegan, Andy Cole, Deitmer Haman, Bryan Robson and Kevin Keegan all offering support.
Local organisations have also been keen to get involved with backing coming from Key 103, Transport for Greater Manchester, Tangerine PR, Manchester Evening News, National Football Museum, both Manchester City Football Club and Manchester United Football Club as well as schools, colleges and universities.
If successful the money will kick start a plan to bring grass-roots football to as many people as possible, however and wherever they’d like to play. This is why local residents views are vital in shaping the bid.
Hundreds of questionnaires have already been completed, especially by young people, but there’s still time for the public to have their say.
Councillor Rosa Battle, Manchester City Council’s executive member for culture and leisure, said: “Manchester is a city that has a historic, unrivalled love of football and is recognised across the world as a capital of the game.
“A successful City of Football bid would help us get even more people in Manchester involved with the sport, which is not only fun but has very real health and social benefits too.
“That’s why I’d encourage everyone to help us create the strongest possible City of Football bid by sharing their thoughts and opinions with us.”
People can also show their support by following the official Back our Bid twitter account, @Manchester_COF, which has already attracted thousands of followers.
The bid is being developed by the Manchester Football Consortium, a group of organisations being lead by Manchester City Council and including local and national football partners, and organisations from sectors including: marketing, PR, transport, media, culture, music, sport, business, digital, and education.
The successful city will be announced the week beginning 22nd September.