After the visit to Kashmir, the MEPs expressed strong backing for the government’s efforts to end terrorism and restore peace in the state. “We don’t want Kashmir to become Syria or another Afghanistan,” a member told the media …. A special report by Rifan Ahmed Khan 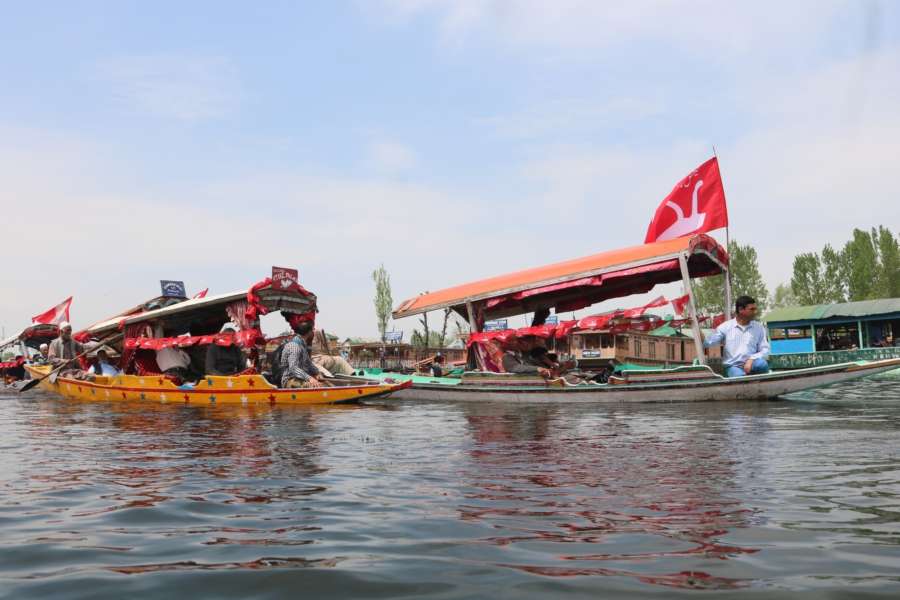 23 Members of the European Parliament (MEPs) acknowledged that the problems in the region were linked to terrorism and said it should not “become Syria or another Afghanistan” which are afflicted by anarchy and widespread violence.

Interacting with mediapersons, the EU MPs expressed strong backing for the government’s efforts to end terrorism and restore peace in the state.

The delegation members said they were not here to interfere in Indian politics but to find out how they could help in addressing problems of Kashmir.

Underlining that they did not want Kashmir to become Syria or another Afghanistan, a delegation member said, “We support India in finding the best solution.”

The EU members answering a question on the mounting tension between India and Pakistan, said, “They should talk instead of fighting”.

Meanwhile, Marketa Homolkova, First Secretary, Delegation of the European Union (EU) in Geneva, urged India and Pakistan to resume dialogues. She made the statement while speaking at the General Assembly’s First Committee discussion on Regional Disarmament and Security.’.

“In a moment of renewed tensions around Kashmir, we call on both parties to avoid escalation and encourage them to resume bilateral dialogue, with a view to finding a peaceful and political solution,” the EU official said.

Henri Maloose of France expressed shock saying that the delegates were being labelled as “Islamophobics”, “fascists” and “racists”. He thanked the Indian government for allowing them to visit Kashmir, and see things for themselves on the groud.

The delegates also expressed grief and shock over the killings of five innocent persons by terrorists in Kulgam on Tuesday.

During their two-day long stay in Kashmir, the EU members of around 24 countries got a first-hand feel of the ground situation after the abrogation of J&K’s special status.

This was the first visit of any foreign parliamentarian/dignitary to Kashmir since August 5 when the special status of the state was abrogated.

The delegations visited the Badami Bagh cantonment headquarters of Indian Army’s 15 Corps immediately after their arrival in Srinagar on Tuesday. Lt General K.J.S. Dhillon, GOC of 15 Corps gave a two-hour long briefing to the delegation.

Details of the proxy war waged by Pakistan against India through its sponsored terror outfits were shared with the EU members. Arms and ammunition bearing Pakistani, Chinese and even American markings recovered from the militants were displayed before the delegates who took a keen interest asking questions and seeking clarifications on the security forces operations against the militants.

The Army gave details of its efforts to ensure that civilian life and property are protected during anti-militancy operations in which militants were taking civilians as hostages during encounter with the security forces. EU members had lunch at the Corps headquarters on Tuesday after which they left for the Hotel Lalit Palace on the banks of the Dal Lake.

Members of civil society, traders, lawyers, artisans and people connected with the tourism industry called on the delegates during their stay in the hotel.

Speaking to some media persons after they called on the delegations, members of various organisations said that they had conveyed their concerns over the continuing violence in the state that has dealt a death blow to the economy and the educational system of Kashmir.

People connected with the tourism industry told the delegates that because of the prevailing uncertainty and violence in Kashmir they are finding it difficult to keep the wolf away from the door.

Traders, industrialists and members of the civil society also informed the delegates about the hardships faced by them because of the information clampdown which has resulted in nearly three month long non-availability of Internet facility.

Sources said that the authorities have assured the delegations that restrictions on six landline connections and mobile phones have already been lifted and the Internet facilities would soon be restored as the ground situations continues to improve.

Officials informed the delegates that there are no curfew restrictions on civilian movement anywhere in the state and that the presence of security forces is maintained to prevent anti-national and anti-social elements from creating a law and order situation.

With regards to the local politicians who continue to remain under detention since August 5 when Article 370 was abrogated, the EU members were informed that some of these detained politicians have already been set free and those still under detention would be released in a phased manner beginning November 1 this year.

Although there were dozens of incidents of stone pelting in Srinagar city on the arrival of the EU delegations, authorities have successfully conducted the class 10 board exams which started in the valley on Wednesday.

Officials of the school board of education said nearly 99 per cent of 65,000 students appeared in the examination.

Parents somehow managed to carry their children to the various examination centres despite the absence of public transport while miscreants were pelting stones to prevent children from taking their exams.

The delegates went on a ‘Shikara ‘ (boat) ride on the Dal lake during which they spoke to some boat owners about the difficulties being faced by them.

“The visit of EU members has belied Pakistani propaganda that nobody can move out in Kashmir and that life has been halted here after the abrogation of state’s special status”, said a senior official.

MEPs want to know about India

Clarifying on the visit of the MEPs to Kashmir which has stirred controversy, the Ministry of External Affairs said that it is part of the government’s mandate to “engage with people of a wide range of social spectrum” and the MEPs had expressed a “very keen desire to know about India and how terrorism is affecting India”.

MEA spokesperson Raveesh Kumar, answering questions on the visit of the 23 MEPs to India, said “It was brought to our attention that the delegation is going to visit India. MEPs are directly elected and represent their constituencies directly.”

He said the MEPs who visited India and wanted to visit, had “expressed a keen desire to know more about India. They belonged to a spectrum of different countries, and different political parties, they come from opposition parties. Their meetings were accordingly facilitated, as has been done on many previous occasions.”

He said it is part of the foreign policy objective of the government to promote people to people contacts.

He said many visitors come and meet the Prime Minister, like former US Secretary of State Henry Kissinger met him last week.

“It is part of the mandate to engage with people from a range of social spectrum in other countries; and the objective is very clear — that this is being done to promote our foreign policy objectives,” Kumar added.

“We feel that such exchanges promote deeper people-to-people contact, and ultimately feeds into the larger relationship that any two countries would like to develop.”

He said that India has earlier engaged with members of civil society, MPs, NGos, businesses, media and others.

“The important point to be considered in this regard, is whether sharing our perspectives – does it serve our national interest,” he said.

The visit of the MEPs to Kashmir and their meeting with Prime Minister Narendra Modi has stirred controversy after it was reported that it was facilitated by an Indian-origin woman named Madi Sharma, who issued the invite as part of her organisation called WESTT – Women’s Economic & Social Think Tank.