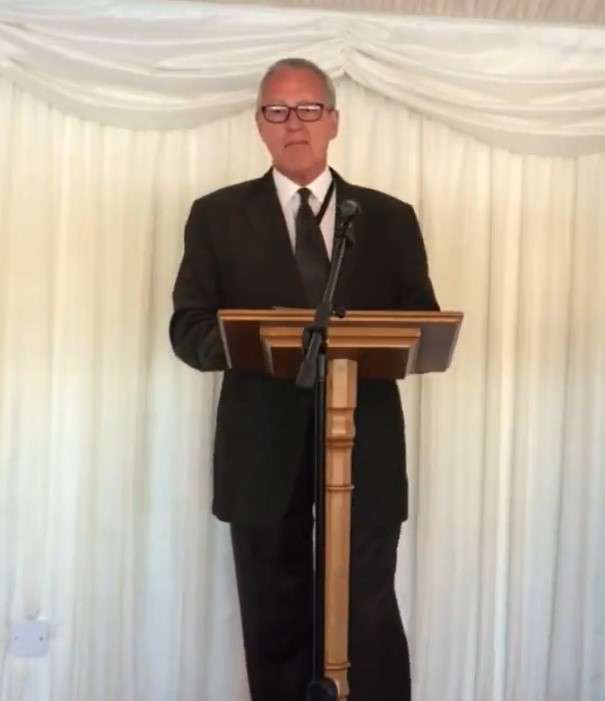 A high profile British parliamentarian was fallen from grace after four of his female colleagues complained against him to the House of Lords Commissioner for Standards.

This is the second scandal rocking the upper house of British Parliament after activist Jasvinder Sanghera accused Lord Lester of sexual misconduct. Lord Lester was forced to resign later. Recently BBC Newsnight accused Lord Nazir Ahmed of exploiting vulnerable women in the community by promising to help them finding solutions to their personal complaints.

Lucy Scott-Moncrieff, the independent commissioner for standards, upheld a series of complaints made against Lord Andrew Stone, former chief of Marks & Spencer. The 86-page report narrates the way the Lord misbehaved with his female colleagues.

Female staff said that Lord Stone cornered them in Parliament’s secluded corridors, before stroking their arms and commenting on their looks.

The staff described Lord Stone as ‘a bit creepy’ and said he made them feel ‘uncomfortable, angry and anxious’.

The case was dealt with by way of ‘remedial action’ with Lord Stone agreeing to take part in a course of ‘bespoke training and behaviour coaching sessions’.

Lord Stone joined Marks and Spencer as a trainee in 1966 and retired his position as joint managing director of the company in 1999. He is currently a director of N Brown Group plc. He was the non-executive chairman of Deal Group Media plc until 2007, when he resigned from this position. He is an advisory board member of The Next Century Foundation.

Lord Stone is chairman of Sindicatum Climate Change Foundation and chairman of The DIPEx Charity, a charitable health organisation. He is a governor of the Weizmann Institute of Science and honorary vice president of The Movement for Reform Judaism. He is a patron of the Institute for Jewish Policy Research, the Gauchers Association, the New Israel Fund, the Jewish Chernobyl Children, the Orphaids charity, The Forgiveness Project (28/4/04) and LEAD Nepal – Development for the future of Nepalese Youth. He is a trustee of Prism the Gift Fund and formerly a trustee of the Olive Tree Educational Trust (now The Olive Tree Scholarship Programme at City University).

A Labour Lords spokesman said: ‘The chief whip has informed Lord (Andrew) Stone that he is suspended from the Labour peers group until further notice. Further discussions will be had with Andrew once he has completed the training and coaching recommended by the commissioner.’

“I considered whether the number of complaints made remedial action inappropriate, and decided that, in these particular circumstances, it did not. All the behaviours complained of took place before Lord Stone was aware that any complaint had been made to me, so there was no hard evidence of him knowingly flouting the Code after he knew a formal complaint had been accepted for investigation,”  the Commissioner said in hr report.

“ I considered the effect on others of decisions made in this case. The purpose of the recent changes in the Code is to create a working environment in which bullying, harassment and sexual misconduct have no place.

“For the new provisions to work, they have to be used. This means that complainants have to have confidence in the process. I think it is reasonable to assume that many complainants will be looking for an outcome that is fair, as quick as possible, and into which they have some input. Remedial action meets these criteria, as it can only take place if the complainant agrees and it brings an end to the process. The fact that the member has to acknowledge their conduct and agree the remedial action is further evidence of the fairness of the process and outcome.

“ I therefore concluded that remedial action was an option. In the Code, apologies and training are given as possible remedial actions. Other actions may be possible, but it seems right to consider first whether one or other, or both, of these would be proportionate. In considering proportionality, I took into account the likely unpleasant consequences for Lord Stone when my report is published.

“I also took into account the complainants’ wishes that Lord Stone no longer behave in the ways they had described in their complaints. I also considered the information from Mr Ollard that Lord Stone had behaved in similar ways to other staff, and had not apparently changed his behaviour when told of the complaints. My experience of discussing the complaints with Lord Stone led me to believe that publicity and/or disapprobation from those around him would be unlikely to effect any lasting change.

“ I considered, and discussed with the complainants, whether they wanted an apology from Lord Stone. They did not. I then went on to discuss the possibility of training, and described, in broad terms, what would be involved.

“The House of Lords has a contract with an organisation to provide training in cases like these. The training consists of one-to-one sessions with someone who specialises in behaviour change coaching during which the member will be encouraged to look at their behaviour and its impact on others, so as to achieve long-term change. The sessions take place over several weeks, and, although the content is entirely confidential, a report will be sent to me about the extent to which the member has engaged.

“The complainants, understandably, wanted to know whether attendance and engagement could be enforced, and what the consequences would be if Lord Stone did not complete the training, or if it did not change his behaviour. Having read Lord Stone’s response to their complaints, and justifications THE CONDUCT OF LORD STONE OF BLACKHEATH 83 for his behaviour, they were somewhat sceptical as to the likelihood of Lord Stone being willing or able to change his behaviour.

“I told them that I could not enforce attendance and engagement, but that a failure to undertake the agreed training could in itself be investigated as a breach of the Code. If Lord Stone’s behaviour does not change, it seems to me to be very likely that, following the publication of the report, further complaints would be made against him, which I would investigate.” 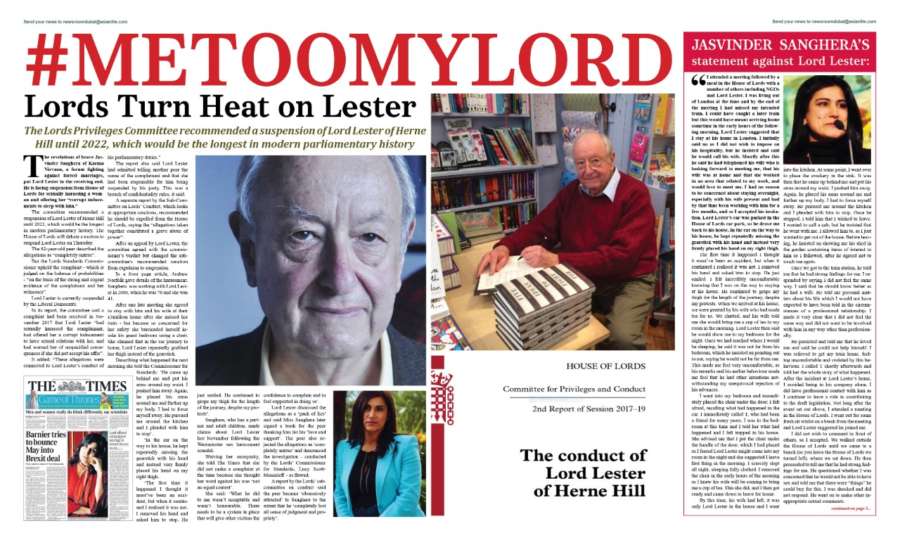