A London minicab driver who arrived in Britain from Afghanistan as an unaccompanied minor 12 years ago is now highly likely to be an Islamist extremist and a threat to national security, judges have ruled 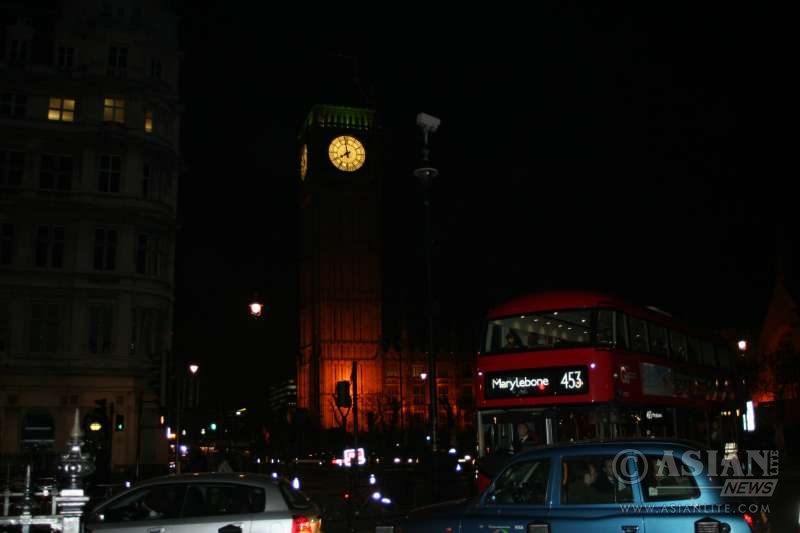 The 27-year-old, known only as M2, had his British citizenship stripped by Theresa May in 2014 after being tracked by MI5 but re-entered the UK just months later. He is currently living in a west London flat under special bail conditions.

He had appealed the Home Secretary’s decision but judges at the Special Immigration Appeals Commission (Siac) have now ruled that under the civil burden of proof, it is “very highly probable that [he] is an Islamist extremist” who has “engaged in terrorist related activities” by acting as a courier for an “important” al Qaeda commander in Afghanistan.

They not only agreed with her move to revoke his nationality, but they also described his history as a child asylum seeker as “curious”.

Despite being legally dubbed as a probable al Qaeda courier, he has never been charged with any terror-related offence and he strongly denies he is an extremist. He now intends to appeal the Siac verdict, a court fight that could take years and cost taxpayers hundreds of thousands of pounds.

The judges’ decision is contained in an extraordinary ruling that portrays the journey of a man who arrived alone in Britain as a child, who is said to have become a devout member of the Tablighi Jamaat Islamic organisation, who was tried and acquitted for a serious sexual assault charge, and who was trailed in the car park of a PC World store by a man named ‘Tom’ from MI5. 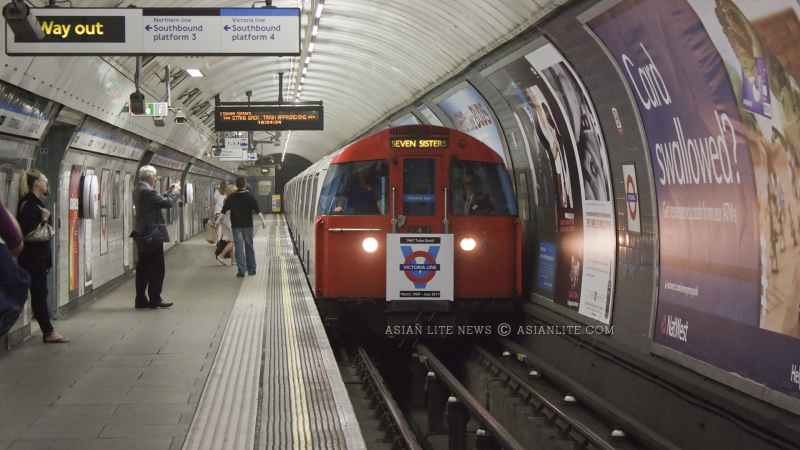 The Bureau knows M2’s name but is unable to publish it due to a court anonymity order. The case forms part of a long-running examination by the Bureau of secret evidence in UK courts, including for counterterrorism hearings.

Some of the evidence against M2 was deemed so sensitive to national security that it had to be heard by the judges in closed sessions – meaning that neither he, his lawyers nor the public heard the full details of the allegations against him.

Born in 1989, M2 grew up with his relatively wealthy family outside Jalalabad, 150 km from Kabul. His older brothers worked in the family business, selling tractors and agricultural equipment.

When he was 14, he left Afghanistan, arriving in the UK in December 2003 when he claimed asylum. He was granted discretionary leave to remain in Britain for three years. No details about his asylum claim are contained in the Siac judgment.

He lived in the Southall area of west London, went to school in Hanwell and then college in Uxbridge. Aged 17, he spent his 2006 summer holiday in Saudi Arabia and three years later, he was granted indefinite leave to remain in the UK.

About a year later he married his wife, who lives with his family outside Jalalabad. She has never lived in the UK.

In December 2011, still alone in the UK, he was granted British citizenship and started working as a minicab driver in west London. Less than six months later he again left the UK and spent the next six months away.

It was this trip that triggered the first of the question marks raised by the Siac judges.

He went first to to Mecca in Saudi Arabia and then to Afghanistan, where he visited his wife and family.

But the Home Secretary claimed he had an ulterior motive. Bank statements presented to the court showed that before he left London, his Barclaycard was used to spend £560 at Currys and PC World.

UK authorities argued he had bought electronic items to take to Afghanistan. Siac, after hearing evidence from another trip two years later, ruled it was “highly probable” these were “for the use of terrorist associates”.

M2 denies this, saying the payments were made by a friend who used his card and that he did not take any equipment with him on that trip.

In the months that followed his return to London at the end of 2012, his life took a dramatic turn. By the end of 2013, after spending another six weeks in Afghanistan, he was “on bail facing a significant criminal charge of sexual offending”, according to Siac.

In January 2014, with a trial impending, he booked a one-way flight to Saudi Arabia, from where he intended to fly to Afghanistan.

He claims he was told his mother was seriously ill and that he was going home to visit her. He said it was her wish he should first go on a pilgrimage to Saudi Arabia to “say a special prayer for her good health”.

Shortly after booking his flight he had his first encounter with MI5 – in the car park of a PC World store in west London.

He said he had gone to the store to collect a camcorder. However, as he left the shop, according to the SIAC judgment, “he was approached by a man who asked to speak to him… the man showed him a card indicating he was from MI5, and introduced himself as ‘Tom’.”

The judges continued: “They got in a car, which already had a man and a woman in it. Tom then asked M2 if he knew why he had been stopped. M2 said he did not. He was told there were ‘some people who they thought may be harmful to our country’.

“M2 says he was asked if he could help and was shown four photographs. He says he recognised one person from his mosque, but not the other photos.”

The name Mir Alam was crucial to the Siac hearing. He is M2’s cousin and also married to M2’s sister. The Home Secretary’s case is “Mir Alam is a significant terrorist with whom [M2] is a sympathiser and co-operator”.

Theresa May’s lawyers argued in Siac that Mir Alam is an “important associate” of “the important Al Qaeda leader” Faruq Al Qahtani. They said Al Qahtani “is said to be the leader of a small group of highly experienced Al Qaeda militants operating in Kunar and Nuristan Provinces, engaged in fighting the International Security Assistance Force (ISAF) in Afghanistan.”

The Home Secretary’s case is that M2 “has at least indirect association” with Al Qahtani and other al Qaeda extremists, “in particular men known as Askar and Mufti Yusef.”

According to M2’s testimony, the day after he was approached in the PC World car park, MI5 agent Tom rang him. He said Tom told him he was soon due in court for the alleged sexual assault charge and that if he tried to fly abroad as planned he could be stopped at the airport.

Tom’s warning proved correct. On Sunday, January 19 2014, he was stopped at Heathrow by the police. They told him his criminal case was due to be heard the following day and that his departure would be in breach of his bail. His was detained and the next day his bail was revoked.

The trial then went ahead days later. However, the jury was unable to reach a verdict and the Crown Prosecution Service then decided to drop the case against him.

Less than a fortnight later on February 12, he embarked on his trip. He went to Saudi Arabia for about 10 days and then to Afghanistan.

But as he came through Kabul airport, he faced more problems. He told Siac that after being stopped by Afghan police, he was quizzed by “a representative of MI6”. The Siac judges wrote that “according to [M2], this was the man who had been sitting in the car with Tom in London”.

He was searched and he admitted to Siac that he was carrying a Macbook Air laptop, a new camcorder and three iPhones. The authorities let him continue with the products and he travelled with his uncle and a brother to his family home.

Soon afterwards, M2 said he developed a stomach illness and that he needed treatment from a hospital in Peshawar, 130 km away across the Pakistan border. He said while there he was told that his cousin Mir Alam and his sister were now living in the city so he arranged to meet.

He told Siac the entire trip was for family reasons, but Theresa May argues he had a different motive – to courier electronic equipment “for use by… extremists”.

The Siac judges, chaired by Mr Justice Irwin, said some of M2’s evidence was not credible and that he was “dishonest”.

They also queried why M2 would plan “a detour to Saudi Arabia when his mother was dangerously ill”, as well as devoting “a good deal of energy to acquiring electronic goods” to take with him. The judges also concluded that medical records presented by M2 as proof of his mother’s illness had been falsified.

And while M2 claims the laptop he took to Afghanistan was meant as a gift for a local doctor, he admitted he never actually gave it to him and that it remains in the family home outside Jalalabad.

The judges wrote that “this story… was an elaborate lie to conceal the fact that he brought the computer for terrorist purposes”.

Three months after his arrival in Afghanistan, Theresa May signed an order depriving M2 of his British citizenship. The British authorities believed that would prevent his return.

However, just two months later, he used his Afghan passport to travel first to Pakistan and then to London where he was detained. He then spent several months in a UK detention centre but was granted bail by Siac in December 2014 pending his pending his appeal last year against Theresa May’s deprivation order.

M2 has been living in a flat in west London ever since, albeit under strict bail conditions. He is not allowed a computer or access to the internet and he is barred from working – but he can own a car. His appeal was finally heard at Siac last summer – a case reported by the Bureau at the time.

But in a judgment published at the end of last month, Siac dismissed his appeal.

“There is nothing in the ‘closed’ evidence which runs counter to those conclusions.”

His lawyers will now appeal against Siac’s judgment. The appeal process will likely take several years and could cost the UK taxpayer hundreds of thousands of pounds. 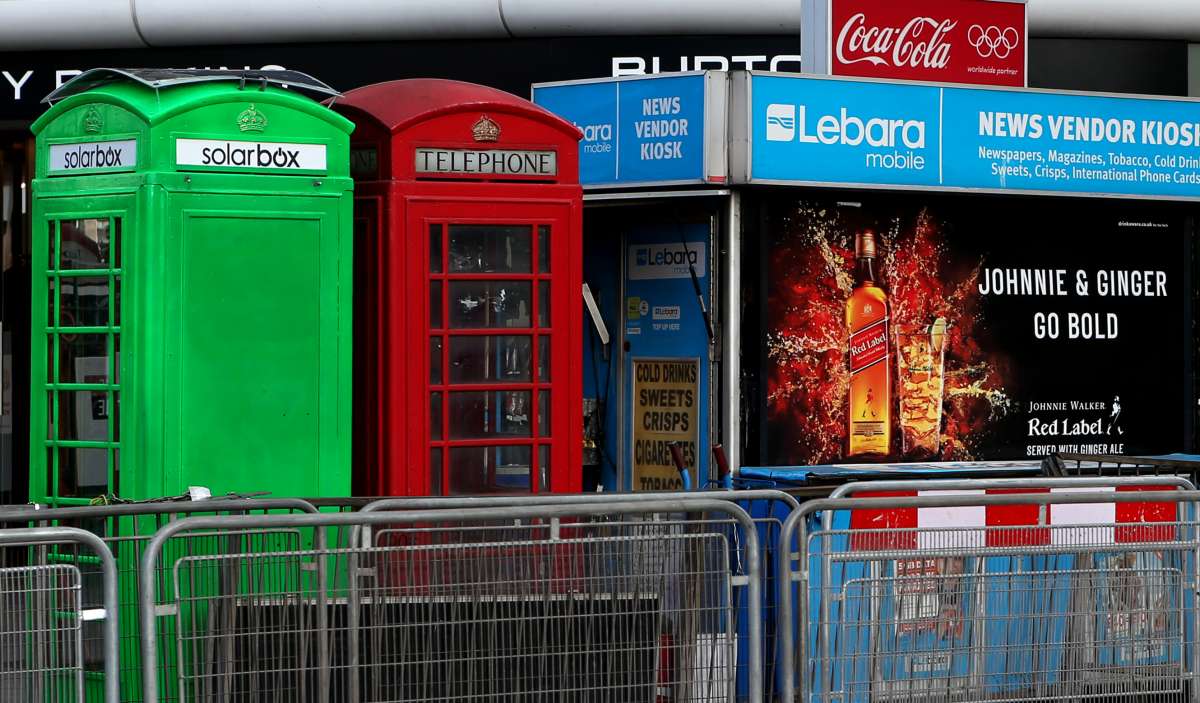