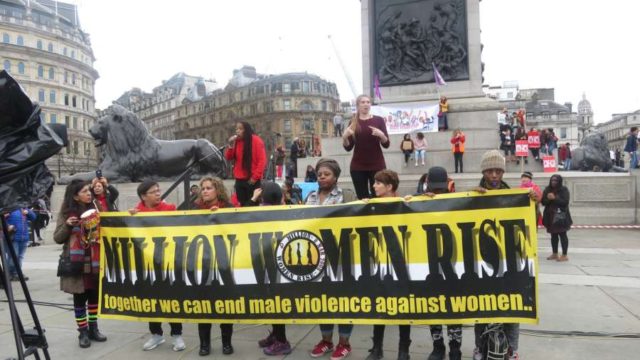 Scores of activists, community groups and supporters of the cause have rallied through the streets of London and echoed protests and pleas during Europe’s biggest women’s march- the Million Women Rise….reports Asian Lite News 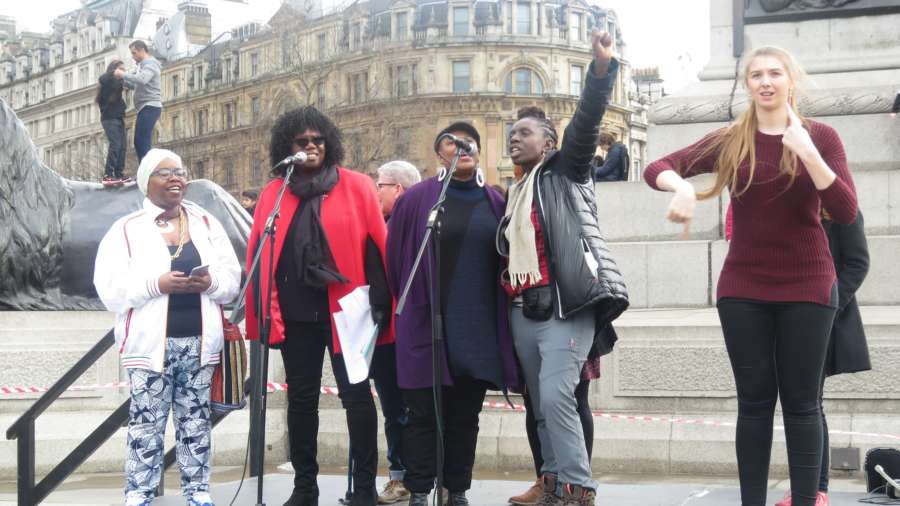 Now in its 11th year, MWR is organised on the nearest Saturday to International Women’s Day every year. The colour theme was red this year symbolising women’s power, determination, passion and rebellion.

Founded by Sabrina Qureshi and supported by grassroots activists & women’s organisations, Million Women Rise movement campaigns for ending violence against women. It calls for solidarity among women to curtail attacks and exploitation on women and girls to be able to live free from violence, and works with international women’s movements on a variety of campaigns. With a national coordinating group based in London, its satellite subgroups work regionally and organise local events.